May 25, 2022|כ"ד אייר ה' אלפים תשפ"ב A Miracle Instead of a Massacre: Why You Should Celebrate Yom Yerushalayim By Rabbi Efrem Goldberg 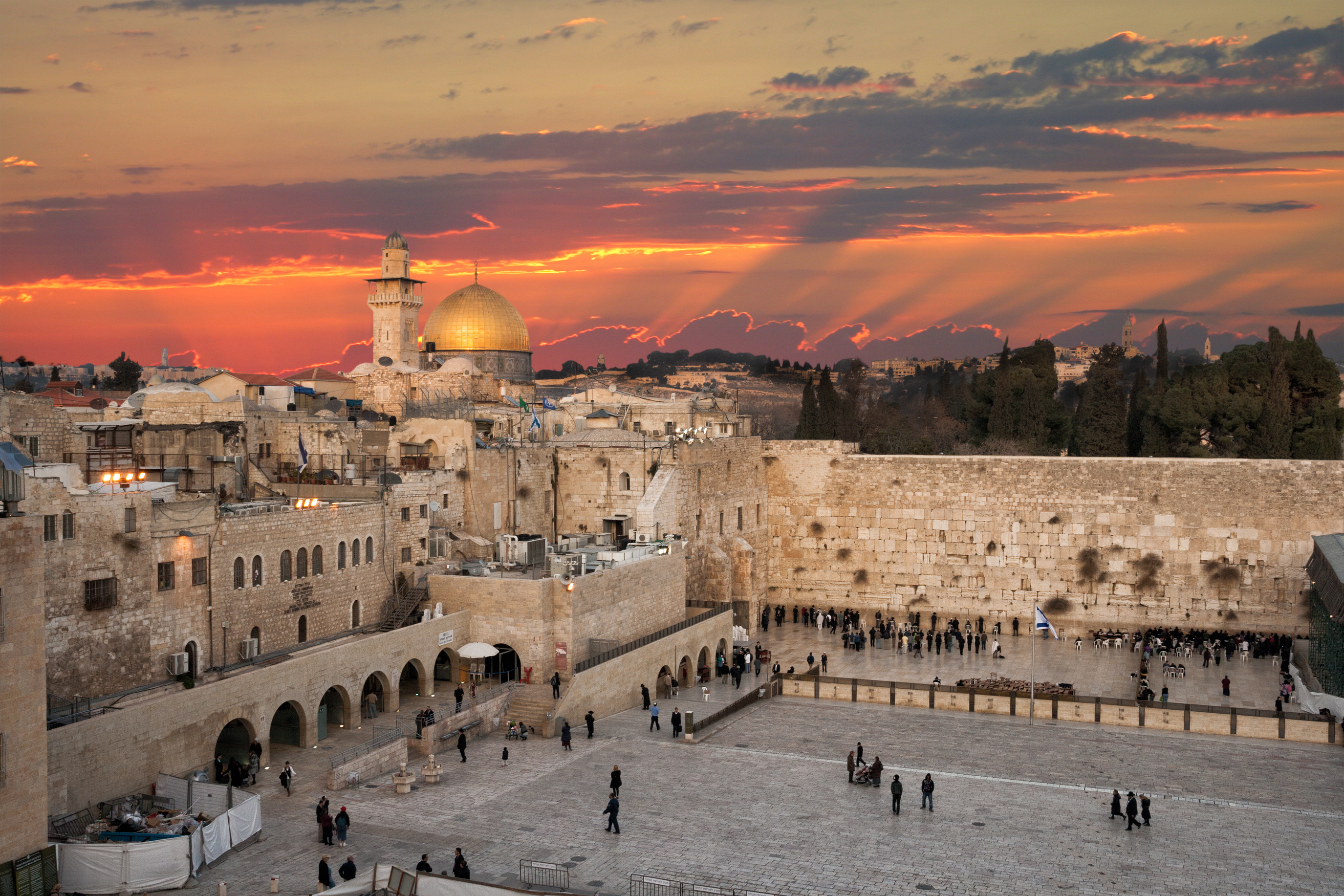 The Klausenberger Rebbe lost his wife and eleven children in the Holocaust.  He survived and subsequently gathered a small community of followers who were also survivors; from this small group, he eventually rebuilt the whole community.  Rabbi Riskin describes a visit to the Beis Medrash of the Klausenberger Rebbe in the summer of 1952 when he was just 12 years old:

Then came the Torah reading. In accordance with the custom, the Torah reader began to chant the Warnings in a whisper. And unexpectedly, almost inaudibly but unmistakably, the Yiddish word “hecher – louder,” came from the direction of the the lectern upon which the rebbe was leaning at the eastern wall of the synagogue.

The Torah reader stopped reading for a few moments; the congregants looked up from their Chumashim in questioning and even mildly shocked silence. Could they have heard their rebbe correctly? Was he ordering the Torah reader to go against time-honored custom and chant the tochacha out loud? The Torah reader continued to read in a whisper, apparently concluding that he had not heard what he thought he heard. And then the rebbe banged on his lectern, turned to face the stunned congregation and cried out in Yiddish, with a pained expression on his face and fire blazing in his eyes: “I said louder! Read these verses out loud! We have nothing to fear, we’ve already experienced the curses. Let the Master of the Universe hear them. Let Him know that the curses have already befallen us, and let Him know that it’s time for Him to send the blessings!” The rebbe turned back to the wall, and the Torah reader continued slowly chanting the cantillation out loud. I was trembling, with tears cruising down my cheeks, my body bathed in sweat.

I could hardly concentrate on the conclusion of the Torah reading. “It’s time for Him to send the blessings!” After the Additional Service ended, the rebbe rose to speak. His words were again short and to the point, but this time his eyes were warm with love leaving an indelible expression on my mind and soul. “My beloved brothers and sisters,” he said, “Pack up your belongings. We must make one more move – hopefully the last one. God promises that the blessings which must follow the curses will now come. They will come – but not from America. The blessings will only come from Israel. It is time for us to go home.”  And so Kiryat Sanz – Klausenberg was established in Netanya where the rebbe built a Torah Center as well as the Laniado Medical Center.

The tochecha describes the result of siluk haShechina, when God removes and withdraws His countenance and providence.  The results are devastating.  The Rebbe described living through the tochecha, but it wasn’t just the Holocaust which was the fulfillment of the tochecha. In many ways, the Jewish condition during the last 2,000 years, including pogroms, crusades, the Inquisition, and countless expulsions, were all the embodiment of this harsh and devastating description.

In the middle of the tochecha, the Torah says:

I will make the land desolate, and your enemies who dwell in it will be desolate upon it.  Chazal see a silver lining, a message of hope within even this harsh promise.  The Sifra writes that when we are exiled from our land and it is occupied by others, it will remain desolate and they will not succeed in making it bloom.  It is astounding to see how accurate this promise of our Parsha has been.  Over the last two millennia, Eretz Yisroel was in a virtual state of ruin. The Crusaders, the Mamelukes, the Ottomans, the Turks, the Arabs, and the British all tried to settle the Land and make it blossom.  Some made more progress than others, but all failed to make it truly flourish.

In the mid 1800’s, Mark Twain traveled the world and wrote a book recording his impressions and experiences called “The Innocents Abroad.”  His experience in then-Palestine stands in stark contrast to the vision we have when we think of traveling around Israel.  Twain writes:

Of all the lands there are for dismal scenery, I think Palestine must be the prince.  The hills are barren, they are dull of color, they are un-picturesque in shape.  The valleys are unsightly deserts fringed with a feeble vegetation… It is a hopeless, dreary, heartbroken land…Palestine sits in sackcloth and ashes.  Over it broods the spell of a curse that has withered its fields and fettered its energies.  Renowned Jerusalem itself, the stateliest name in history, has lost all its grandeur, and is become a pauper village.

Six hundred years before Twain, in his commentary on our Parsha, the Ramban writes:

And your enemies will be desolate upon it is a good tiding.  It proclaims in every generation that our land does not accept our enemies.  This is a great proof and promise for us, for you will not find in the entire world another land that is so good and spacious and was always inhabited but is now in such a state of ruin.  Ever since we left it, it has not accepted any other nation; and they all try to settle it, but are unsuccessful.

Indeed, the Gemara (Sanhedrin 98a) quotes Rebbe Abba who teaches – ein lecha keitz megulah mi’zeh, you have no more explicit manifestation of the end of days than when produce will grow in abundance in Eretz Yisrael; it is an indication that the Moshiach will be coming soon.

R’ Yoel Bin Nun, the great Tanach teacher in Israel today, was a member of the now-famous 55th brigade of paratroopers who liberated Yerushalayim.  When his commander, a shomer ha’tzair ha’kibbutznik, asked him how he felt after taking Har Ha’Bayis, he responded “Alpaim shnot galut nigmeru, two thousand years of exile are now over.”

If, for the Klausenberger Rebbe, the Holocaust represents the fulfillment of the tochecha, the consequences of siluk haShechina, Divine withdrawal and hiddenness, then 1967, the miracle of the Six-Day War, and the reunification of Yerushalayim represents nothing short of genuine giluy haShechina, the intense presence and the powerful revelation of the hand of the Almighty.

Those of us with no memory of May 1967 and earlier don’t know what it means to feel truly fragile and vulnerable as a people. Those of you who do remember will confirm that just over 20 years after losing 6 million of our people there was a collective panic and sense of urgency that there was going to be another Holocaust. NCAA coach Bruce Pearl recently described on Behind the Bima how his grandfather, a secular American Jew, could not go to sleep at night and was glued to the TV, saying, “I’m afraid to go to sleep and wake up and find out there is no more Israel.”

Rav Yehuda Amital recounted that before the Six-Day War there were American Jewish leaders who pleaded with the Israeli government to evacuate the children from Israel, since the annihilation of Israel was expected. The Chief Rabbinate of Israel had designated public parks as burial sites and almost 100,000 graves had been dug in preparation for casualties.

Instead of a massacre, a miracle occurred.  On June 5, Israel launched a preemptive strike. In a single day, it destroyed almost the entire Egyptian air force. Jordan and Syria both declared war. In six days, Israel defeated all three armies, each larger than the size of its own. The Israelis retook Sinai, captured the old city of Jerusalem and Yehuda and the Shomron and the Golan Heights.

This sweeping military victory against all odds continues to leave experts confounded.  Rav Berel Wein tells the story of a cadet at West Point who asked why the Six-Day War was not part of the curriculum.  The high-ranking teacher silenced the questioner and demanded he speak to him following the class.  The soldier approached the general and again wondered why Israel’s victory in the Six-Day War wasn’t studied.  The teacher explained that the Six-Day war is not studied because at West Point they study strategy and tactics, not miracles.

Yossi Klein HaLevi tells the powerful story of his father who was from a very religious, chassidishe family and gave up on God and on religion after surviving the Holocaust.  Even after the founding of the State of Israel, he was still so traumatized from his devastating loss he couldn’t find God.  In June 1967, however, after witnessing with the world the miracle of Israel not only surviving but thriving, he took his family to Israel and went directly to the Kotel.  After seeing the hand of God he was ready to forgive Him and to have a relationship once again.  They moved to Israel and his father came back to religion.

HaLevi explains that 1967 turned Israel from a secular to a sacred landscape.  Yes, in 1948 we got a country, but we had no holy sites.  After the miracle of 1967, overnight, we returned not only to the Kotel and Har HaBayis, but to our Mama Rochel Imeinu, to Chevron and Ma’aras Ha’Machpeila, to Tzefat, and to Teveria.

Following the Six-Day War, Jews around the world felt they were seven feet tall, confident, proud, almost invincible.  Everyone wanted a piece of this special nation, a connection to the Jewish people.  And the Jewish people felt a giluy haShechina, revelation of God Himself.

Every single time I visit Israel I find a way to spend a few minutes sitting in one of the squares in the Old City of Yerushalayim.  I simply watch and listen.  I watch the people walking through and I listen to the sounds of the children playing and I pinch myself that we merit to live in the generation that is literally seeing the fulfillment of prophecy.

In fact, in one of the squares the words of Zecharia Ha’Navi are etched in the stones:

This week when we mark Yom Yerushalayim, that summer of Divine revelation and God’s miracles, we must awaken ourselves with a sense of hallel v’hodaah, profound gratitude and boundless appreciation.  We must not stop feeling we experienced Yad Hashem, the guiding hand of God.

V’ha’aretz ezkor – We are in a generation that has witnessed God remembering His people and His land.  Will you remember Him?