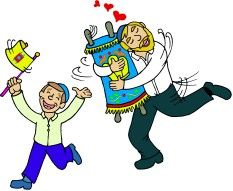 Many years ago, two bachurim, students, came to the yeshivah of the Chasam Sofer, Rav Moshe Schreiber (1763-1839) in Pressburg, Hungary to take a farher, an entrance exam, to determine whether or not the boys qualified for admission as talmidim in his prestigious yeshivah. It was right after Sukkos, just a few days before the new zman, the semester was to begin, and the bachurim were anxious to become part of the world-renowned yeshivah. One of the boys had the reputation of being an iluy, a genius, whose understanding and perception of sugyos was outstanding. The second boy also had the reputation of being an exemplary student for his age, but he was not known to possess as sharp a mind that the first boy had.

Both boys took the farher and afterwards the Chasam Sofer announced that he would be accepting only one of them: the second boy, the one with the fine reputation but not the outstanding iluy. Staff members who had observed and overheard the boys being tested were surprised. Both had done well, and the iluy certainly had done better. “Why,” they asked the Chasam Sofer, “are you taking only the second bachur?”

The Chasam Sofer peered at those who questioned him and answered sternly, “I was sitting near the window and noticed the two bachurim as they made their way from the street into this building. There was some s'chach on the sidewalk from one of the sukkos that had just been taken down after the yom tov. The first bachur did not make it a point to avoid the s'chach, but nonchalantly stepped on it as he was walking. “The second boy, however, walked around the s'chach. I maintain,” continued the Chasam Sofer, “that a bachur who can step on s'chach just two days after Sukkos does not have the proper sensitivity to kedushas hamitzvos. He will find someplace else to learn.” (R. Paysach Krohn, Footsteps of Maggid, pg. 135)

The Gemara in Megilla 26b says explicitly that unlike a Sefer Torah, tefillin or mezuza, items used for the performance of a mitzvah don’t contain intrinsic sanctity and can be thrown out. In just a few days, we will all be taking down our sukkos and if we used palm fronds as s'chach, we will place them at the curb to be picked up by the sanitation department. So why did the Chassam Sofer not admit this young man to his yeshiva? What did he do wrong?

The answer can be found in the Gemara (Shabbos 22a) which tells us that while technically tashmishei mitzvah, items used for the performance of a mitzvah, can be discarded when the mitzvah is completed, nevertheless, we cannot treat them in an undignified or demeaning manner, lest we commit what is called tashmish shel bizayon. For example, we are permitted to place our lulav and esrog in the garbage, but we first wrap it in its own garbage bag, and then place that in the garbage so as to continue to show deference to these objects that were recently used for mitzvos.

And so the Chassam Sofer understood that while the mind of this student might be very sharp, his memory was in fact impaired if the experience of sitting in the sukkah could be so easily forgotten and dismissed just a few days later evidenced by his trampling on the s'chach. Yesterday’s experiences cannot so easily be discarded and cast off. We don’t step on and trample the memories and experiences, but instead we embrace them, carry them with us and continue to draw from them.

The Kohen does something unusual. He gets dressed up to take out the garbage… literally! The Kohen who cleans the altar from the burnt ash of yesterday’s korbanos puts on his two of the four priestly garments and instead of taking the garbage all the way to the curb, outside the Temple, for some reason he places them down on the floor of the courtyard, east of the ramp that leads to the top of the Altar. Why does he get dressed up and why does he leave yesterday’s garbage next to today’s sacrifices?

The terumas ha’deshen is an avodah itself and may only be done by a kosher kohen in priestly vestments…He takes a handful of the ash and he places it deliberately, not scattered on the mizrach, the east side next to the altar… The ash has been laid down as a remembrance of the devotion represented by the sacrifices of the past day to God and to His holy Torah… It would give the idea as the introduction to the service of the day, that today brings no new mission, it has only to carry out, ever afresh, the mission that yesterday too was to accomplish. The very last Jewish grandchild stands there, before God, with the same mission of life that his first ancestors bore, and every day adds to all its solution of the task given to all generations of the House of Israel.

In other words, according to Rav Hirsch, the message is clear – before sacrifices can be made today, you must acknowledge and recognize the sacrifices of yesterday. We don’t trample on palm fronds that just yesterday served as our s'chach and we don’t discard yesterday’s ash and move on to today’s service. We place the memory of yesterday’s sacrifice next to today’s sacrifice and thereby celebrate the contiguity and continuity of the Jewish experience.

Shortly, we will complete six incredible weeks that began with Elul and end with Simchas Torah. We don't conclude this journey without pausing to think about all it took to get here.

In 2003, Abe Foxman, the longtime National Director of the Anti-Defamation League, wrote a book called “Never Again?” In it, he recounts the experience of being hidden by a Catholic nanny for four years during the Holocaust, separated from his parents. He tells an incredible story that happened to him involving a Russian soldier in the fall of 1945 after liberation as a five-year-old boy. Also in 2003, Jewish music songwriter Abie Rotenberg was on a flight sitting next to an old Jewish man, Rabbi Leo Goldman from Detroit, and the two struck up a conversation.

The old man told him a story from after the war involving a young boy that Abie Rotenberg says, “changed my view of life.” He was so moved that he wrote lyrics to a song called “The Man from Vilna” telling over the story. In 2010, a researcher from Yad Vashem heard Foxman tell his story and was moved to try to find the Russian soldier. He came across Abie Rotenberg’s song and put two and two together.

It wasn’t long after that Abe Foxman took a flight to Oak Park, Michigan, and Rabbi Goldman and he were reunited 65 years after their incredible story occurred.  They hugged and cried and prayed together. Goldman’s children describe that their father told this story every single year and Foxman too often recounted the experience that shaped his life. Now they have all met one another and corroborated the story from both perspectives, giving the story even greater meaning and emotion.

So, what is their incredible story? The Catholic nanny saved Abe Foxman’s life but she also taught him to spit on the ground when a Jew walked by. In the middle of 1945, he was reunited with his parents who had miraculously survived. His father didn’t know what to do with his little boy who now had negative feelings for Judaism. He waited four months to take him to Shul until it would be the holiday of Simchas Torah since it is associated with fun and joy.

Foxman remembers walking to Shul that evening and when passing a Church making the sign of the cross on himself, as he had been taught to do by the nanny. Leo Goldman had lost his parents and many relatives to the Nazis before being enlisted to serve in the Russian army. By the fall of 1945, the concentration camps had been liberated and those who survived were reuniting with family across Europe. He had gone back to Vilna, of which only 3,000 of the 100,000 Jews survived.

This is the rest of the story from Leo Goldman’s perspective with Abie Rotenberg’s lyrics from his incredible song, the Man from Vilna, that you must listen to:

I remember liberation, joy and fear both intertwined. Where to go, and what to do, and how to leave the pain behind. My heart said “Go to Vilna”, dare I pray yet once again, For the chance to find a loved one, or perhaps a childhood friend? It took many months to get there, from the late spring to the fall. And as I, many others, close to four hundred in all. And slowly there was healing, darkened souls now mixed with light, when someone proudly cried out, Simchas Torah is tonight.

We danced round and round in circles as if the world had done no wrong. From evening until morning, filling up with song. Though we had no Sifrei Torah to clutch close to our hearts. In their place, we held the future, of a past so torn apart. We ran as one towards the shul, our spirits in a trance. We tore apart the barricade, in defiance we would dance. But the scene before our eyes shook us to the core. Scraps of siddur, bullet holes, and bloodstains on the floor.

Though we had no Sifrei Torah to clutch and hold up high. In their place, we held those children. Am Yisrael Chai.

Goldman described that he hadn’t seen a Jewish child in over a year. When he heard the voice of a little boy he bent down and asked if he was Jewish. When Foxman said yes, he couldn’t help but lift him and dance with him as the living Sefer Torah they longed for. Foxman describes the soldier, a stranger, had embraced him in public, in a synagogue. He had carried him like a trophy around the Shul.

Foxman said, “That was for me the first time anyone took pride in me. As a hidden child I didn’t know who or what I was. [After that simchas Torah] I came home and told my father that I wanted to be Jewish. It was the beginning of my life as a Jewish person.”

Abe Foxman, as you know, went on to live a richly Jewish life filled with Jewish leadership, fighting anti-Semitism, and defending the future of the Jewish people.

We are heading into the final stretch of a long, amazing holiday season.  We are so blessed to live in a beautiful community, to have an incredible shul filled with Sifrei Torah, the written ones and the living ones, those that are here and those that worked so hard to build what we benefit from today.  Like the terumas ha’deshen, their sacrifices sit right next to our service and perpetually remind us that we are simply the continuity of what they began.