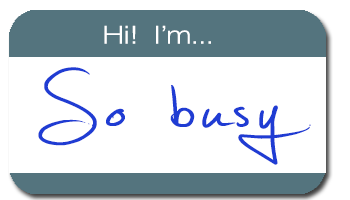 A few years ago, my young daughter was filling out a fun journal she had received as a gift. After answering standard questions like “who is your best friend,” “what is your favorite food,” “what color do you like the most,” she came across the question, “who is your arch nemesis.” A bizarre question for a children’s journal. Understandably, she had no idea what was being asked, so she approached my wife, asking her what arch nemesis means.

“Of course you don’t have one,” my wife explained, “but arch nemesis means an enemy. Who do you not get along with?”

My daughter ran off to continue to fill out the journal. Later, my wife saw the journal lying around and opened it up to see how my daughter had answered. She was astounded at what she saw. In the blank for “who is your arch nemesis,” my six-year-old had written “the yetzer hara.”

These and other common yetzer haras have been well identified and much ink has been spilled providing encouragement and strategies to overcome them. But there is a yetzer hara whose temptation and seduction is only growing in our generation that not only have we failed to conquer, but in many cases we have failed to even name.

While technology was supposed to give us more flexibility and free time, most people in today’s technological era feel they simply have no time. How many of us say we want to exercise, to read, to learn, to enjoy family activities, and to pursue a myriad of other goals, but claim that we have no time?

If you feel that way, you are not alone. A Gallup poll found that 61 percent of working Americans said they did not have enough time to do the things they wanted to do. Ask someone how he or she is doing and you are likely to hear, “busy,” “crazy busy,” “insanely busy.” We have convinced ourselves that we are so busy that we simply have no time. But is that true?

To find out, time management expert and best-selling author Laura Vanderkam spent the past 12 months studying how she used her time during the busiest year of her life. On a spreadsheet broken into half-hour blocks, she logged the 8,784 hours that make up a leap year. In a article in the New York Times, “The Busy Person’s Lies,” she shared her results. It turns out that the stories she told herself about where her time went weren’t always true: her life was not quite as hectic as she had thought, and she suspected the same was true for others.

“One study from the June 2011 Monthly Labor Review found that people estimating 75-plus hour workweeks were off, on average, by about 25 hours,” she writes. “I once had a young man tell me he was working 180 hours a week — impossible, considering the fact that this is 12 more hours than a week contains — but he felt tired and overworked, as we all sometimes do, and chose a high number to quantify this feeling.” She encourages us to track our time so that we can be honest and accurate with ourselves about how we use it.

“Life is full, and life has space,” she concludes. “There is no contradiction.”

Long before time management experts existed, Rav Yisrael Salanter came to the same conclusion. He was once approached by someone who asked, “Rebbe, I only have fifteen minutes a day to learn. What should I learn? Chumash? Halachah? Jewish thought?”

“Learn mussar,” Rav Yisroel Salanter replied, “and then you will come to realize that you have a lot more than fifteen minutes a day to learn.”

So if we really have the time to do the things we say we want to do, why do we convince ourselves that we don’t?

A Chassidishe Rebbe was once walking with his chassidim when it began to rain. He stopped, looked up, and turned to his disciples and asked, “How do you know the sky wants to rain?” He then answered, “Because it is raining.”

Not understanding his point, the students asked him to explain. “If you want to know if someone wants to do something,” the rebbe answered, “see if they are doing it. We do what we want to be doing. If we aren’t doing it, we don’t really want to.”

The Yid HaKadosh, Rav Yaakov Yitzchak Rabinowitz, points out that we sometimes confuse wanting to do something with wanting to want to do something (Niflaos HaYehudi page 40). He notes that even the person who has only attained the level of wanting to want to be doing the right things is worthy of being called an oveid Hashem. However, to reach even higher levels and to realize the best version of ourselves, we must find the drive and the discipline to transition from wanting to want, to actually wanting. Only then will we realize that we truly do have time for what we want to do, and we will do it.

Sometimes that transition just has to happen; other times we can inspire it and move it along. Either way, it is important not to give in to our arch nemesis, the yetzer hara, and erroneously believe that the only thing holding us back is lack of time.

Sefiras Ha’omer is a 49-day journey to time awareness. It is a system that encourages us to literally or figuratively log our time and have the discipline and strength to fill in the spaces with what we claim we truly want to be doing.