October 21, 2020|ג' חשון ה' אלפים תשפ"א Do You Come When Davening in Shul is Just Davening, in Shul? By Rabbi Efrem Goldberg 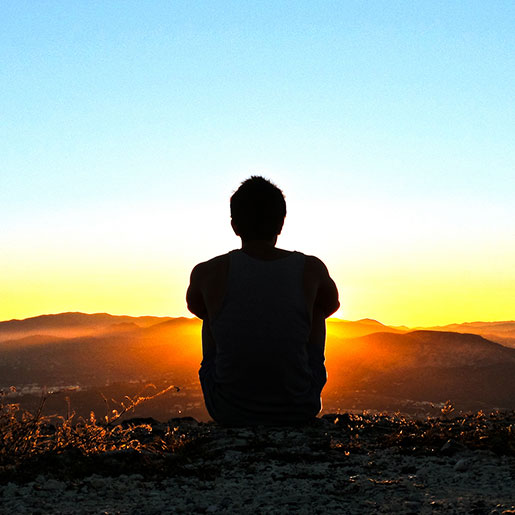 I spoke to several rabbinic colleagues across the country this week who have all noticed a similar phenomenon.  Despite shuls having re-opened in safe and cautious ways, only a fraction of those “eligible,” i.e., those without specific vulnerabilities, secondary conditions, and are not considered “high risk,” have come back.  Some rabbis are panicking about what this means for the future and what our communities look like post-corona.  Personally, I do not share that fear.  I have confidence in our community, the people who comprise it, and what being together has to offer.

There are likely many factors contributing to decreased participation since re-opening, which includes people who are not “locking down” in other areas of life, but it occurs to me that one of the fundamental reasons is that davening at shul has been reduced to, well, just davening at shul.  Let me explain.

There are many reasons people came to shul, all legitimate and meaningful, even if not equally so.  Some, of course, come to connect and open their hearts to Hashem, others to socialize, others to be part of community, yet others to enjoy kiddush or shalosh seudos.  With significant distancing, mask requirements and no food, the only reason to come to shul right now is to daven.  The beautiful byproduct, of course, is essentially no talking during davening whatsoever.  The awful unintended consequence is missing so many of our beloved members.

While I am sure that the people who are not returning to shul are davening either at home or elsewhere, I believe the absence of a desire to come back to a shul that lacks anything other than davening is a sign that people are struggling with connecting to davening itself.

I am saddened not only to miss so many friends and members of our BRS family, but truly devastated by the reality check of how many people seem to be dealing with this struggle, to get enough out of davening that they would continue to come to shul even if the basic prayer services are all that is happening currently.  To be clear, I am not blaming anyone or issuing judgment as much as sharing this observation in hopes we can bring a change.

I recently listened to an interview with Naval Ravikant, an Indian-American entrepreneur and the co-founder, chairman and former CEO of AngelList. He was reflecting on how doing daily meditation has radically improved his life.  His description jumped out at me for several reasons:

You sit there for 60 minutes. So unfortunately, not less than an hour at a time, because it takes 30 to 40 minutes to sink in past the initial chattering. So you get to the good part or the so-called runner’s high equivalent. And you sit for 60 minutes every day and you do it for at least 60 days. And you do it first thing in the morning. When your mind is clear and you’re alert and you’ve had a good night’s sleep.

Some will be self-examination, some of it, you just get tired of, some of it just needs to be heard once, and then it goes away. And eventually you will get to a mental state of inbox zero, where now you’re just thinking about what happened yesterday. You’re kind of caught up and your mind is relatively clear and just your anxiety level goes down. You’re living more peacefully. And I’ve been doing this for about two and a half years now.

And I’ve probably missed about a dozen days total. But there are some days where I’ve done two hours a day or more. And I will tell you that is the single most important thing that I do. It is a sheer joy. Much of it is highly entertaining, pleasurable. Sometimes it’s just flat. It’s nothingness. I can’t even tell you why I do it. I can’t even tell you what’s going on in that state, but I will tell you that time spent by myself is the most important time that I have.

And thanks to that, I am now much more self-contained. I don’t feel like I need other people. I don’t need external sources of pleasure or happiness all the time. I drink less. I’m not attracted to trying any drugs whatsoever. It’s just, life is easier. It’s more pleasant. I don’t take things as seriously. I’m not afraid of my mortality as much anymore. I don’t fear aging. I don’t lust after things.

I don’t have this constant pervasive need to find something outside of me to make my life better. When the best hour of my day is spent by myself, then the world has very little to offer me and I can still participate in it, but it doesn’t have that grip on me that it used to. I don’t fear solitary confinement. And I think that is a superpower. And I think everyone should have it. Everyone does have it. It’s easy.

It requires doing nothing. It’s your birthright. You can’t fail at it. There’s no way to fail at it. Literally all you have to do is just sit down and close your eyes and just be by—give yourself a break for an hour every day. Just take the time off from the world.

I appreciate that davening is meant to be very different from meditation.  But it is a misnomer to think the entire davening is spent talking to Hashem.  In fact, only during the Amidah are we standing before our Creator in conversation.  For that conversation to be meaningful, intimate and effective, we spend the rest of “davening,” both before and after the Amidah, in conversation with ourselves about Hashem and about His role in our world and our lives.

Ideally, we should be present with our thoughts and feelings for every word of davening from beginning to end.  Nevertheless, the Shulchan Aruch (Orach Chaim 1:4) writes that it is preferable to daven less with more meaning than to daven the entire text without any concentration or mindfulness.  We are meant to be transformed from davening, enriched, invigorated and elevated.

For many people, davening is the only time of day not connected or attached to technology, anything or anyone else.  It is our alone time, lost in our thoughts, in the words that are designed to calibrate our priorities and to stimulate us to think about what matters most and evaluate who we are and how we are doinig.  Shemoneh Esrei is called the personal Amidah because each one says it privately, on their own, adding their own words and coming from their own specific place.

When I shared Naval’s words from the interview with a friend, he wrote back, “1 hour, wow.”  I reminded him that if you add up Shacharis, Mincha and Ma’ariv daily, we are already there, we just don’t think of it in that way or sadly anticipate getting that benefit from it.

Wearing a mask for davening is miserable, but it also provides an opportunity.  Even in a room filled with people, it enables a sense of privacy; nobody knows when your lips are moving and when they are still.  Behind the mask, we can stand or sit with our eyes closed,  with only our thoughts, dreams, hopes, aspirations, concerns, needs and wishes.  The mask eliminates the inhibition and awkwardness of being lost in true prayer, while not saying any words.

If safety and health are not holding you back from coming to shul regularly and yet you have not returned, ask yourself why not, and what does it mean about your relationship with davening for davening’s sake?  If you are coming back, you are already allocating significant time each day to not only fulfill a mitzvah but engage in an activity meant to meaningfully impact us.  Why not figure out how?

I long for and look forward to the time we will all be back together, on campus, as a unified community.  I sorely miss the symphony of voices produced from sections of our orchestra noticeably absent, including children and our older population.  We and our davening are simply not the same without you.

Until then, let’s pass this most unwelcome litmus test about why we daven at shul with flying colors and transform our davening into the type of experience that leaves us inspired. As Naval said, “It’s your birthright… give yourself a break for an hour every day. Just take the time off from the world.”