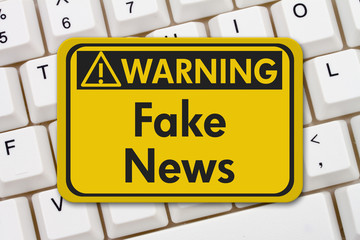 Fake news doesn’t distinguish between parties or victims.  At the end of his term, former President Obama bemoaned the explosion of fake news and current President Trump has referenced the phrase often since entering office.  This month, lawmakers introduced two bills that would legislate schools to teach students how to distinguish fake news from the real thing.

Wikipedia describes “fake news” as websites that “deliberately publish hoaxes, propaganda, and disinformation purporting to be real news — often using social media to drive web traffic and amplify their effect. Unlike news satire, fake news websites seek to mislead, rather than entertain, readers for financial, political, or other gain.”

Thousands of years ago, the Torah warned us of fake news, only it called it a different name – lashon hara, wicked gossip and slander.  The Torah warns, “Lo seilech rachil b’amecha, do not go about as a talebearer among your people.” (Vayikra 19:16) Why is talebearing called rechilus?  A rachil is a peddler, one who goes door to door, but instead of selling encyclopedias or Girl Scout cookies, the rachil is peddling fake news and slander.  Rechilus is a particularly insidious form of gossip, as the perpetrator seeks to make slander go viral.  The Gemara (Erchin 15b) cautions us about the grave danger of rechilus and warns that it destroys three people – the peddler, the recipient, and the subject.

Sunday morning, I woke up to fake news about myself in my emails, texts, Whatsapp messages, social media feeds, and every other form of communication.   When my phone lit up with people calling me, I quickly learned it had been sent around the world.

HELP!!!!!!!!!! Chilul HaShem being made!!!!  Am Israel we have a kehila of over 1000 Modern Orthodox Jewish families in danger and they don't even know it.  The leadership at Boca Raton Synagogue in Florida is bringing The #1 Catholic MISSIONARY in the World to speak about the purpose of life…Reasoning with Rabbi Efrem Goldberg at the leadership has failed. They think that this guy is not coming to recruit PURE JEWISH SOULS and will just motivate them, putting his missionary work aside for the day…Am Israel, We NEED YOUR HELP. Call the Gdoley HaDor, your local Beit Din, local Rabbi's, Jewish KIRUV Organizations, and anyone else that cares and get these naive leaders to stop this before it's too late.

Don't be surprised about Heavenly punishment from the Creator when His Name, His Torah and His people are being desecrated.  If you care about saving jewish souls from Christian/Catholic Missionaries then please share this.

This message was soon followed by a barrage of emails such as:

Mr.Amalek, why would you invite such a rasha to speak? You're not afraid of your judgement day when you'll leave this world? acting like you'll be here forever. Full of ga'ava. Zero yirat shamayim. Busha vecherpah. Erev Rav amalek you are!

Posts and comments, including “How dare you call yourself “orthodox,” “May Hashem have mercy on you for making his children go off the derech,” and “we should call you Father Efrem” soon followed.

Like fake news, this was and is a propaganda campaign instigated by an individual whose intent is to mislead and goal is to cause havoc.  To set the record straight, here is the rest of the story:

Last year, after a discussion regarding marriage counseling, a well-respected therapist in New York, whose Torah observance is unimpeachable, sent me a book about relationships titled “The Seven Levels of Intimacy.”  The book included no references to religion and was excellent, worthy of its status as a New York Times bestseller. I looked into the author, Matthew Kelly, and found other brilliant, secular material he authored, as well as his professional web site referencing the forty companies on the Fortune 500 list who are his clients.  He is an internationally renowned motivational speaker and consultant who is sought after around the world.  We invited him to give a seminar at Boca Raton Synagogue and he graciously agreed.

If you Google Matthew Kelly you will find that he is also a devout Catholic who is proud of his religion and dedicated to teaching its principles and values.  He is not a pastor or a priest, has never engaged in missionary work to convert Jews, and has clearly delineated separate intellectual disciplines, including different web sites that distinguish his professional profile and career from his personal religious pursuits. Study his business website (http://floydconsulting.com/) and you won’t find any reference to religion.

The agitators of the campaign against me would have you believe that a missionary has been invited to share his religious beliefs and convert our members to his faith.  They give the impression he is speaking on Shabbos morning, in front of the holy ark and is being provided a platform to “make people go off the derech.”

Here is the truth - Boca Raton Synagogue invited Matthew Kelly to give a talk on a Sunday evening in our social hall.  Part of the arrangement was that there would be no reference to religion and that his talk would be consistent with the secular motivational speeches he regularly delivers in business forums.  Not surprisingly, Mr. Kelly had no issue with this at all, and was on the same page as the shul regarding the subject matter of his presentation.

To be clear, I recognize that not all communities are as open as ours in inviting diverse speakers.  I respect those communities who would not invite Matthew Kelly or any other non-Jew or even a non-observant Jew to address their members.  That is their standard and their choice and we would never challenge them or judge them for it.

However, I feel it is perfectly within halacha and Jewish values for us to have extended this invitation.  Recognizing my personal bias, when the fake news campaign struck, I sought the counsel of two of our generation’s greatest poskim, one in Israel and one in America.  After providing the exact facts I’ve presented here, both felt there was absolutely no reason to cancel Mr. Kelly’s appearance provided that he was not speaking about religion which, again, he isn’t.

While I would never provide a platform for another theology in our Shul or invite our members to possibly be convinced by it, it is interesting to note that the biggest critic of our hosting Matthew Kelly held a three-hour debate with a professor of Christianity who freely shared his views, religious beliefs and theological arguments inside a holy synagogue and repeatedly recited the name of a foreign deity.  (https://www.youtube.com/watch?v=UQ6ZIMPm-KE&app=desktop)  Our rabbis teach (Kiddushin 70a) kol ha'poseil b'mumo poseil, whoever invalidates another, does so with his own flaw.

Lest you think Boca Raton Synagogue has engaged in a radical departure from the rest of the Orthodox community by having a non-Jewish presenter who holds beliefs different from our own, consider that Agudas Yisroel of America has hosted the following speakers at its dinners: Zalmay M. Khalilzad, a religious Muslim-American, the late Justice Antonin Scalia, a proud Catholic whose son is a priest, Senator Cory Booker, an outspoken proponent of same-gender marriage, and then-Rep. (now Director of National Intelligence nominee) Dan Coates, a devout Presbyterian who drew parallels between his religion and ours, among others.  Of course, the obvious explanation for their presence is they were invited to speak about something other than their beliefs that contradict our own. They had vast resources of wisdom and inspiration to offer beyond their faith. The same is true with Matthew Kelly.

Perhaps a closer analogy is the great Stephen Covey.  Search the words Stephen Covey and Torah and you will find countless pages of Jewish web sites quoting Covey’s famous “Seven Habits of Highly Effective People” in the context of Divrei Torah.  Examples include chabad.org, klalperspectives.org, aish.com, torahlinks.org, torah.org, ou.org, and jewishpress.com, to name a few.

Undoubtedly, if orthodox synagogues could have afforded Covey, they would have eagerly hosted him to deliver his famous, revolutionary motivational and productivity lectures.  And guess what: Covey was a practicing member and leader of the Church of Latter Day Saints.  He authored several devotional works including: “Spiritual Roots of Human Relations,” “The Divine Center” and “6 Events: The Restoration Model for Solving Life's Problems.”

It is legitimate to have a different opinion from mine about the choice of inviting Matthew Kelly to address our community.  It is not legitimate to spread fake news, share only part of a story, distort the facts, and slander a community.  I am proud of the sizable amount of shiurim and Torah learning our shul offers, and of the many visiting scholars and world famous Roshei Yeshiva who inspire our BRS community regularly.  We care deeply and unconditionally about the spiritual growth and well-being of our community and would never compromise or risk them.  We would never proceed with this program without the support of our poskim, true gedolei Yisroel.

The Torah has a specific prohibition regarding listening to gossip and slander, and in fact, our Rabbis teach that one who accepts such speech and communication is worse than the one speaking it.  The burden is on us not to accept everything that enters our inbox or our ears as truth, accurate or the whole story.  We must be discerning in distinguishing fake news from the real thing and should be especially careful and cautious when we know the subject being spoken about and he or she deserves the benefit of the doubt.

Make no mistake, like fake news stories, a systematic campaign has been organized by a person with an agenda.  He has employed grossly unethical, deceptive, and nefarious tactics that are unbecoming of any decent and honest human being, let alone a true yirei shomayim.

I can’t pass legislation that educates how to distinguish fake news from the real thing.  However, I can ask for your help to share the truth, stand up to boorish bullies and not let the peddler instigating this episode to successfully peddle his slanderous wares.