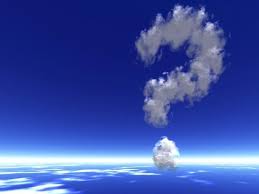 When King Solomon, the wisest of all men, said, “It is better to go to a house of mourning than a house of celebration,” he probably didn’t have in mind three funerals in two days.  All three funerals I participated in this week were of special individuals from whom we can learn so much as King Solomon intended.  However, the juxtaposition of two in particular was incredibly powerful.

A 19-year-old boy, son of members of our Sephardic Minyan, tragically died from a horrific motorcycle accident.  His funeral on Monday was attended by hundreds of people, many of them his peers.  Their outpouring of love and their palpable ache from the acute sense of loss of their friend was heartbreaking.  The unspoken question that permeated the air was, simply, how?  How and why would God do such a thing?  Jeremy was a special person, a ball of energy who wasn’t just the life of the party, he was the party.  His friends described that he would engulf you in his hugs, he would shower you with his love, and lift your spirits every time you were with him.  One could not leave his funeral without confronting the question and feeling a need to understand – why?

Perhaps the response had come a day earlier.  On Sunday, our community said goodbye to an extraordinary individual, a beloved member and a man of remarkable faith, Chazzan Lazar Wax.  Chazzan Wax had survived nine concentration camps, had witnessed the murder of his father, came to America by himself, learned a new language and made a new life, all without ever asking why.  If anyone were entitled to challenge, doubt, wonder or even walk away, it would have been him.  But he didn’t.  Not only did he not walk away, he walked closer and closer to God and His Torah throughout his life and held our hands as he brought us with him.

It is impossible to believe that Chazzan Wax never thought about how the Holocaust could have happened.  It is completely understandable that in the aftermath of a tragedy like the loss of a teenager we wrestle with God.  But Chazzan Wax put one foot in front of the other and despite the questions or challenges he may have felt inside, he faithfully embraced a Torah way of life with fidelity to halacha and a desire to fulfill God’s will as articulated by our sacred tradition.  He may have suffered and at times struggled to see God, but you would never know it when you heard him daven or watched as he said every word slowly and with great concentration.

Chazzan Wax’s funeral was terribly sad not only for the loss of the individual, but because we are losing a generation, losing our connection to another world and an altogether different category of human beings called survivors.  Holocaust survivors endured unfathomable suffering and incomprehensible conditions, and yet many of them maintained their belief.  In losing our survivors, we are losing role models of simple faith, living examples of accepting God in our lives, even when what He wants from us or does to us seems incompatible with our understanding and comprehension.

Paradoxically, the previous generation was entitled to demand answers and rarely, if ever, asked questions.  Our generation, which has for the most part been blessed in so many ways, nevertheless seems plagued by questions and an insatiable appetite for answers.   That is not a judgment, rather an observation, and one that demands a new approach to how we communicate a living, compelling Judaism.

Many of our parents and grandparents, not just survivors but those that came from a less privileged and less assimilated time, certainly studied and searched for the reasons and deeper meaning of mitzvos.  But ultimately, if asked why they observe, their answer was concise, simple and clear – “Because this is what my parents, grandparents and people has always done and how we have always lived.  This is what Hashem wants from me and He knows best.”  For better or worse, the “because God said so,” of the past, or “that’s just the way it is,” which may have worked in earlier times, clearly no longer suffice and we are going to need to do a better job of articulating the “whys” of a Torah way of life, if we want to retain our rank and file, let alone attract new people to an observant way of life.

This week, Tablet magazine had an article entitled, “Why One Orthodox Woman Stopped Covering Her Hair.”  While the article is interesting in its own right, it was the comments generated after I shared it that really caught my attention.  It was refreshing to see the honesty of those who commented publicly or wrote to me privately to share their own struggles with covering hair or observing some other Jewish law when it just doesn’t make sense to them to them.  One person even described feeling “intellectually dishonest” observing a mitzvah that they could not intellectually understand or explain.

Blind faith and simple obedience seem to rapidly be becoming things of the past.  The pendulum has swung so far that today’s generation demands understanding and comprehension, and when they run into a wall or come up short from being satisfied, many feel more noble not observing that particular law, than continuing observance while being dishonest to their intellect.

Assumptions of the past are far from givens in the present.  Is that good or bad, progress or regress?  Were our grandparents intellectually dishonest?  Are we better off or worse off than them?  I don’t know.  What I do know is that our explanations of mitzvos and Jewish outlook must be increasingly sophisticated, nuanced, and compelling if they are going to resonate with many of us and certainly with the next generation.

A friend this week described an incident with his young daughter.  Her teachers sent an email saying she was tuning out in class and didn’t seem interested.  My friend and his wife confronted their young daughter asking why she was tuning out in her Judaic studies when she seemed totally engaged in her secular subjects?  Her answer was troubling and reassuring at the same time.  She explained that what the teacher was saying just didn’t make sense to her and so she had no interest in listening.

Her words are troubling, particularly for a young girl, as they indicate the beginning of a path that could lead to a very unwelcome destination.  On the other hand, her questions are reassuring as they reflect a thoughtful, insightful and searching young mind looking to understand instead of following blindly without ever asking why.

While it is helpful to draw from Chazzan Wax’s faith when confronting the death of a 19 year old, I don’t believe it to be an effective strategy in evading the genuine search for answers to difficult questions of the younger generation.  Like Rav Hirsch and others before us, we need to adapt to a new language to communicate Torah and mitzvos if we are going to keep people engaged, enriched, and committed.

Together we can strive and aspire for the unconditional faith of our ancestors while at the same time searching for a dialect and a language that will keep our Torah lifestyle relevant, compelling and inspiring.   Our schools and our shuls must create opportunities to dialogue on this growing challenge, validate those struggling with it and provide an outlet for respectful questioning and inquiry.

Towards that end, for the first time ever, I will be hosting a question and answer session at the Rabbis class welcoming questions on halacha, Jewish philosophy, contemporary issues or anything else on people’s minds.  I certainly won’t have all the answers, but I will do my best to honor your questions and to create an environment where it is comfortable to ask.

I hope you will join me for the first installment of “Unscripted and Unplugged: You Bring the  Questions, Together We Will Look for Answers” at 4:00pm in the Rand Sanctuary of BRS.