June 9, 2021|כ"ט סיון ה' אלפים תשפ"א 38% of All US Jews Have a Connection with Chabad - The Rebbe Passed Away 27 Years Ago & His Influence is Greater Than Ever By Rabbi Efrem Goldberg 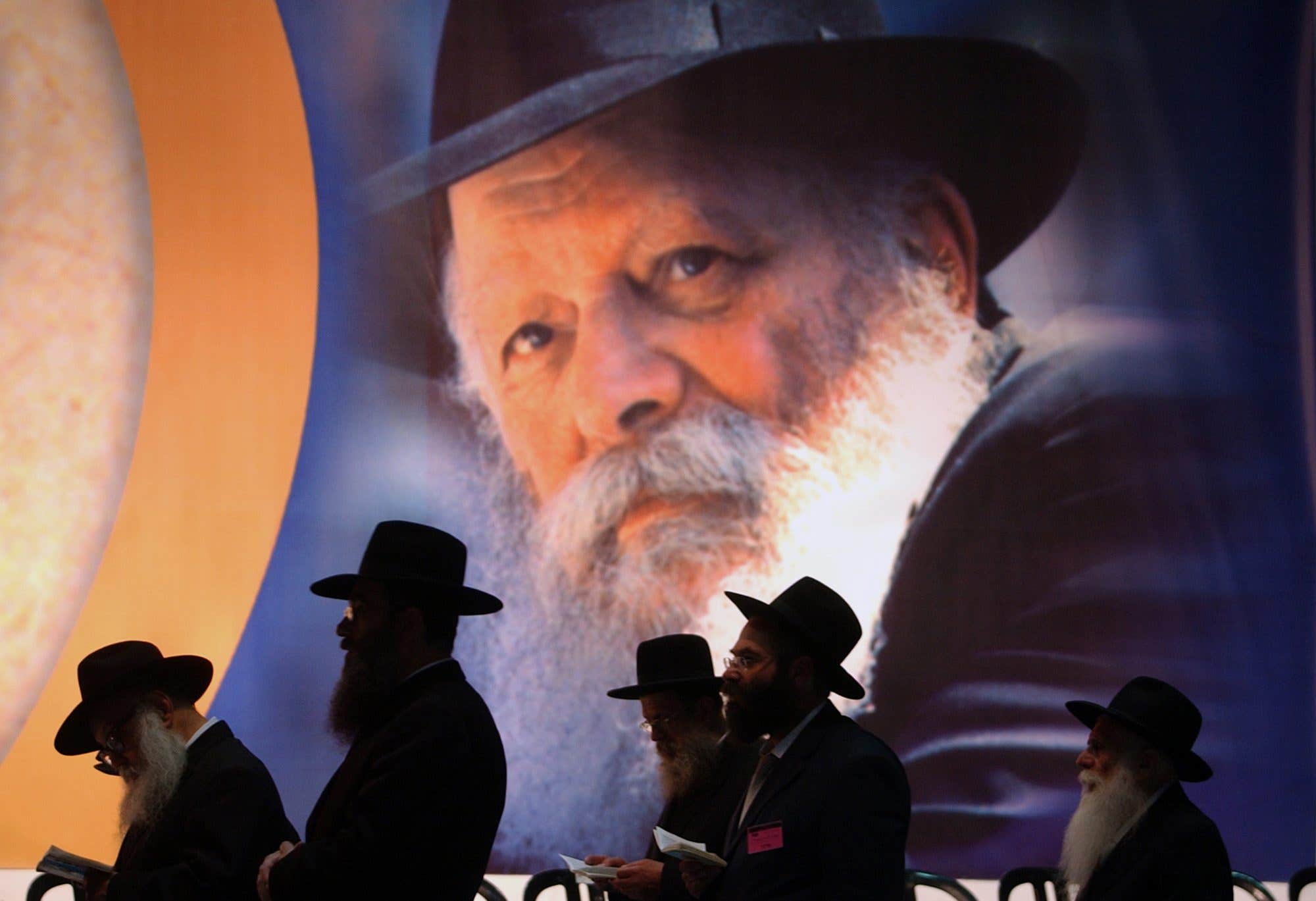 On Monday afternoon, the ground in the parking lot at Shaare Zedek Medical Center in Yerushalayim opened up. Thank God the massive sinkhole swallowed only cars and not people.  Korach and his followers were not so lucky.  In response to their nefarious rebellious plans, a miracle occurred, the earth split, and Korach and his followers fell right in, meeting their demise.

While we typically think of Korach as a villain and a scoundrel, the truth is that he may have in fact been a holy rebel.  He challenged Moshe and Aharon’s leadership by asserting that we are all holy, each an expression of Hashem.  What was actually wrong with his argument? It seems very compelling and attractive.  Why should we defer to an authority figure or submit to hierarchal leadership?  Aren’t we all children of Hashem?  Indeed, the Izbitcher Rebbe says that Korach was not simply advancing empty rhetoric or a disingenuous argument; he genuinely saw the holiness in every single Jew.

So why do the Torah and Jewish history record Korach for posterity as a villain?  Why not see him as the father of grassroots activism, as a leader who simply sought to dissolve centralized authority and empower the people?

This Sunday, 3 Tammuz, is the 27th yahrzeit of Rav Menachem Mendel Schneerson zt”l, the Lubavitcher Rebbe. The Rebbe launched campaigns, built an army that spread out across the globe, influenced presidents, prime minsters and heads of state, inspired many thousands, shared brilliant and original Torah insights, and left a legacy that is stronger than ever, almost three decades after he is gone with no successor.

At the core of his philosophy and worldview was the attitude of kol ha’eidah kulam kedoshim, every Jew is a precious soul, a holy spark, with infinite potential and deserving of our love, loyalty, support and presence, wherever they may be.  The Rebbe saw the good in people, he believed in people, he empowered people to fulfill their mission on earth.

The new study from Pew reports something astounding. 38% of all US Jews have engaged in some way with a Chabad program.  Chabad is now equal in size to the Reform and Conservative movements.

And yet, all of the Rebbe’s impact, all of his good, almost didn’t happen.  When the Frierdiker Rebbe died in 1950 a vacuum was created that needed to be filled.  The previous rebbe left two sons-in-law and R’ Schneerson was the younger of the two.  He had worked as an engineer, was introverted, shy and extremely private.  When approached about becoming the next Rebbe, the Rebbe objected vehemently.  R’ Yitzchak Dubov of Manchester happened to be in New York at the time and when he stubbornly insisted that the Rebbe must accept the mantle, the Rebbe, like Moshe Rabbeinu before him, turned to Dubov and said, “what do you suppose, that Mendel Schneerson is a Rebbe?”  He felt he wasn’t qualified for such a role and it took a full year, until the first yahrzeit of the previous Rebbe, for him to finally bow to the pressure and accept.  Thank God he did, for the Jewish world until today is so much better off for it.

Why is Korach a villain and not a hero?  Why wasn’t his argument noble, if, after all, it was the same philosophy that drove the Rebbe?  We are introduced to the rebellion of Korach against Moshe and Aharon with the word Va’yikach, Korach took something, but the Torah never tells us what.

Unhealthy, dysfunctional conflict begins when lakach, someone is on the take, personally benefitting from the encounter. One can have noble goals,  or noble ends, but ignoble means motivated by greed and ego.  In our time we see some politicians or community activists whose only activism occurs when they appear before a microphone and in the spotlight, revealing that what they are advocating may seem noble but their activism is really more about them than about a cause.

The Rebbe saw the greatness in every person and therefore hesitated, resisted, and had to be persuaded to take a position of leadership.  Korach saw the greatness of every Jew and concluded that he should be in charge.  Korach is recorded as a villain, while the Rebbe emerged a transformational leader who succeeded in empowering an army to seek to change the world.

In his fantastic book, “Good to Great,” Jim Collins describes five levels of leadership to take a company or organization from being just good to becoming great. He argues that the key ingredient that allows a company to become great is having a Level 5 leader, which he defines as an executive in whom genuine personal humility blends with intense professional will.  The best leader is one who puts the company, the cause, the mission ahead of himself or herself.

The Rebbe was undeniably a Level 5 leader.  He did not seek to micromanage others in an effort to bolster himself.  He cared much more about the mission, the cause, the effort to redeem the world and make it a better place filled with Godliness and goodness than he cared about his name, honor or reputation.

The Rebbe once described to Yehuda Avner a’h how he saw his mission:

“Ha-esh, zeh esh ha-Torah—the fire is the fire of the Torah. When one brings the flame to the wick, one ignites the soul—for the wick is the soul—and it gives life to the body, which is the wax. And then the body and the soul fulfill the purpose for which they were created. And that happens through the fire of Torah.”

By the time my meeting with the Rebbe was over, it was past two in the morning.   Finally, I rose and he escorted me to the door. He took hold of both my hands to say goodbye, and I said, “Has the Rebbe lit my candle?” He answered, “No. I have given you the match. Only you can light your own candle.”

The Rebbe’s candle continues to burn bright and ignite new candles, 27 years after he left this world.  How?

The Rebbe was a great optimist who placed tremendous emphasis on the power of positive language and positive thinking.  He encouraged us to say "Tracht gut un vet zein gut" (Think good and it will be good) and he replaced “S'iz shver tzu zein a Yid” (It's hard to be a Jew) with “S'iz gut tzu zein a Yid” (It's good to be a Jew).  He didn't like term “kiruv rechokim” because, he explained, "We cannot label anyone as being 'far.' Who are we to determine who is far and who is near? They are all close to God."  When asked to endorse a new hospital, the Rebbe insisted on it being called a Beit refuah, a place of healing, instead of a beit cholim, a place for sick people.  The Rebbe refused to called injured soldiers disabled veterans, but instead called them “exceptional soldiers.” He taught us to focus on birthdays, not just on yahrzeits.

Perhaps the most impressive thing about the Rebbe’s legacy was his capacity to empower others. Rabbi Lord Jonathan Sacks once said, “A good leader creates followers. A great leader creates leaders. More than the Rebbe was a leader, he created leadership in others."

The Rebbe once met a group of boys before their bar mitzvah.  He briefly blessed them that they should grow to become a source of pride to the Jewish people and to family. As they turned to leave, Rebbe surprised the three Americans with the question he addressed to the youngster: "Are you a baseball fan?" The Bar-Mitzvah boy replied that he was.

"Which team are you a fan of -- the Yankees or the Dodgers?" “The Dodgers,” replied the boy. "Does your father have the same feeling for the Dodgers as you have?" No. "Does he take you out to games?" “Well, every once in a while my father takes me to a game. We were at a game a month ago.”  "How was the game?"  “It was disappointing,” the 13-year-old confessed. “By the sixth inning, the Dodgers were losing nine-to-two, so we decided to leave.”

"Did the players also leave the game when you left?" “Rabbi, the players can't leave in the middle of the game!” "Why not? Explain to me how this works." “There are players and fans,” the young baseball fan explained. “The fans can leave when they like -- they're not part of the game and the game could, and does, continue after they leave. But the players need to stay and try to win until the game is over.”

"That is the lesson I want to teach you in Judaism," said the Rebbe with a smile. "You can be either a fan or a player. Be a player."

Don’t just be a fan from the stands.  The best way to observe the Rebbe’s yahrzeit is to commit to not sit on the sideline as spectators, but to get in the game.  He has given us the match, but it is up to each of us to light our candle and to make the world a brighter, better and more Godly place. 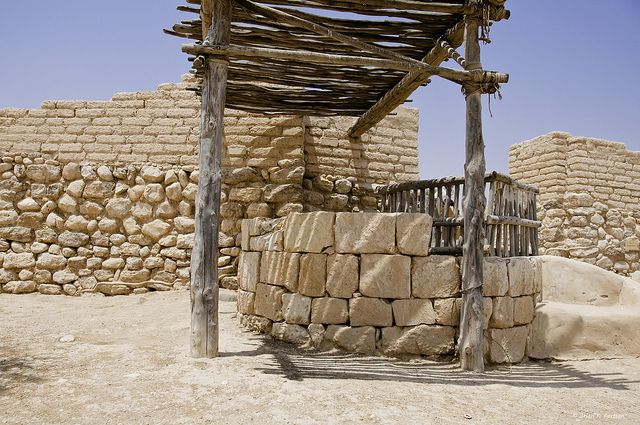 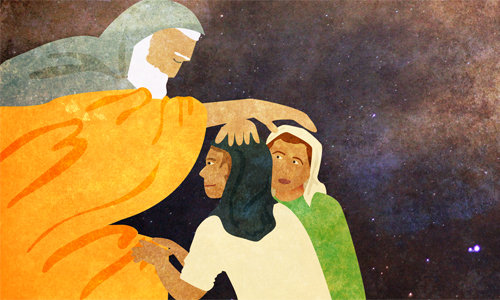 Count Your Blessings Each Frid...

When most people think of Times Square this time of year, they picture the tremendous New Year’s Eve party usually attended… 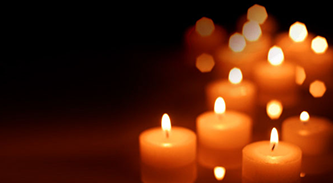 We Can't Stop Climbing the Mou...

Remarks Delivered at Boca Raton Synagogue on Shabbos Parshas Emor, the day after Lag BaOmer 2021/5781 “Did u see the news.…

Why Were Comments Disabled on...

Last week, I wrote about why I believe rabbis should not tell people how to vote. While I feel strongly about why I think… 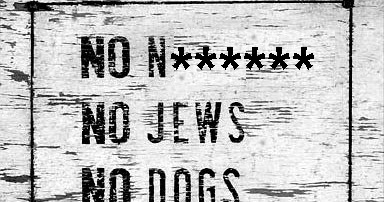 One of the many important national conversations taking place these days involves recognition and awareness of privilege.…