August 4, 2021|כ"ו אב ה' אלפים תשפ"א If You Don’t Know Where You’re Going, Any Road Will Get You There By Rabbi Efrem Goldberg 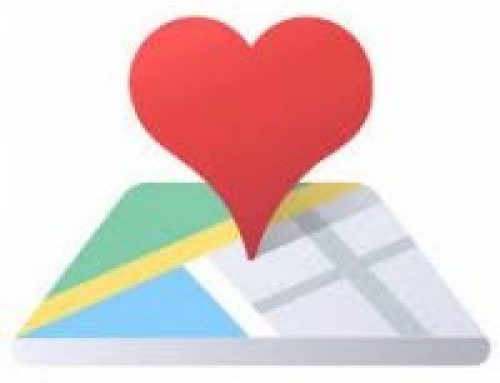 I recently drove to a funeral at a cemetery deep in Miami.  One of the other attendees asked me which route I took to get there.  I thought for a moment and realized I couldn’t remember. I had entered the address into Waze before I left and was so preoccupied with phone calls the whole way down, I arrived at the destination with no memory of how I got there.

When Hashem refers to the holiest place in the world, He doesn’t give us an address or coordinates.  He didn’t offer directions or what route to take.  He simply says:

Look only to the site that Hashem your God will choose amidst all your tribes to set His name there, you shall inquire after His dwelling and come there.

What is this mysterious place that Hashem wants us to find?  Why doesn’t Hashem provide the coordinates for it?  Why not give an address for Moshe to plug into his GPS?

The Chizkuni says there was no set address as the precursor to the Beis HaMikdash, the Mishkan, moved around. The Ramban disagrees and says the adverb “there” is, in fact, referring to the Beis HaMikdash. The location isn’t revealed because Hashem wants us to seek it, to calibrate our compass towards holiness and to find it.  Rather than give a specific location, Hashem wants us to intuit the location of the holiest place on earth and then confirm it with a Navi, a prophet.

The Ramban offers a second understanding, explaining that the word שמה, “there” is not referring to a geographical location, but is modifying the word “לשכנו”, to feeling Hashem’s presence and influence.  The Torah is saying תדרשו, if you want to feel Hashem in your life, seek Him, look for Him, reveal Him, connect with Him.

In Havdalah, we highlight the distinctions between several things: בין אור לחושך בין ישראל לעמים בין יום השביעי לששת ימי המעשה, between light and dark, Jews and gentiles, the seventh day and the first six.  Rav Soloveitchik points out that light and darkness are clear for all to perceive. Even animals respond to the difference in these stimuli. But the Havdalah between kodesh and chol, what is holy and what is profane, is much different.  It cannot be perceived or measured by the naked eye.  A person needs to have a special intuition, to see with his or her heart, as this separation can only be sensed, not seen.

The Midrash (Tanchuma Vayera) says when Avraham went with his entourage to the Akeida, he saw Har HaMoriah from a distance and turned to Yitzchak and asked, what do you see? Yitzchak answered, I see a beautiful and praiseworthy mountain and a cloud envelops it.  He asked Eliezer and Yishmael, what do you see?  They said, we see a barren desert.  He said to them, שבו לכם פה עם החמור - stay here with the donkey - the donkey does not see and you do not see, and ואני והנער נלכה עד כה, Yitzchak and I will go until there.

The “there,” was Har HaMoriah, the future site of the Beis HaMikdash. Avraham intuited holiness, Yitzchak was drawn to holiness, the others saw barrenness, they saw a desolate desert.

To be a Jew, is לְשִׁכְנ֥וֹ תִדְרְשׁ֖וּ וּבָ֥אתָ שָֽׁמָּה, to be able to make Havdalah, to distinguish between holy and profane, spiritual and mundane, and be drawn to holiness, to seek spirituality.  A donkey sees everything as superficial, only at its surface level.  A donkey wants to satisfy its appetite and to be happy. If we fail to understand certain images, ideas, media, language, behaviors are profane, they are the opposite of holiness, we are no better than a donkey.  We have to see beneath the surface, to distinguish between what is holy and profane, what brings out the best in us and what satisfies a craving that is only skin deep.

We don’t strive for happiness; we strive for and are to be drawn to holiness.  To be the progeny of Avraham is to intuit holiness, to calibrate our compass of kedusha and ובאת שמה, go to it. To go to “there” is to see Hashem in everything.  In every bite of an apple, every sunrise, every meaningful experience and every contact with kindness, you can feel Hashem.  In the words of the Kotzker, let Him in, make room, invite Him into a relationship.

We are welcoming the month of Elul, which, as is well known, is an acronym for אני לדודי ודודי לי – I am to my beloved and my beloved is to me.  When we are in a period of courtship, of falling in love, we are tidreshu, we are drawn to the other.  We keep checking our phone to see if they have called or texted, we count down until the next time we will be together, and we struggle to hang up the phone, no matter what time of night.

Dr. John Gottman, one of the greatest authorities on healthy marriage, explains what we were doing when we stayed up all night talking or finding it hard to get off the phone. He says we were drawing love maps, learning about one another, being inquisitive, we are engaging in discovery and that creates electricity, excitement and brings romance and love.

But too often, we then get married, life, children, responsibilities get in the way and we stop drawing love maps.  We have no time or emotional energy to discover, to learn, to ask about the other’s inner world, hopes and dreams.  And that is why many marriages struggle. Gottman says continuing to draw love maps is critical to a healthy marriage.  (On his website, you can download great questions couples can use to ask one another and continue to learn about one another deep into marriage.)

Hashem doesn’t provide the coordinates or the address, He wants us to draw the map in our relationship, to use our spiritual intuition to find Him, and to let Him in.  How?  The same way we approach our other important relationships. By learning, inquiring, being curious about Hashem’s “inner world.”

When I met with the Skver Rebbe a few years ago, he asked me a lot of questions about the community - he was truly curious about what it is like here.  At the end of our conversation, he said he had one more question.  He turned to me and said, Rav Goldberg, are there mevakshim in Boca Raton?  Does your community have seekers, people who are looking for Hashem?  I was proud to give him a resounding yes, but I found it fascinating that this was his major question and it struck me, it should be the question of ourselves as well.

Are we mevakshim, are we dorshim, are we searching for Hashem by learning about Him, talking to Him, listening to Him.  Over Elul and beyond, set aside time to learn daily, talk to Hashem in davening in a way you haven’t in a long time.  Draw your new love maps, reignite the energy and don’t let your relationship remain stale.