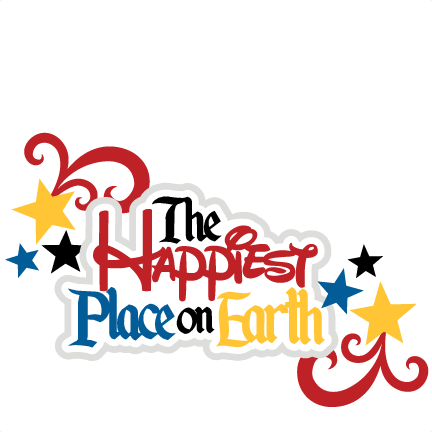 Disney World’s slogan is “The Happiest Place on Earth.”  Perhaps the greatest part about the Magic of Disney is not the souvenirs, the rides, the characters, or even the memories. To me, the most magical part of Disney is simply how nice everyone is to one another and how happy everyone seems. It is hard to think of another place where such a large quantity of people all seem so courteous, kind, pleasant, and polite. Generally speaking, one doesn’t find pushing or shoving, short tempers, a culture of criticism, or impolite and impatient people at Disney, despite having to wait on lines, pay large fees, endure the hot sun, and spend hours on one’s feet. Wouldn’t it be amazing if our Shuls and Jewish communities could be more like Disney? Wouldn’t it simply be incredible if Orthodox synagogues and communities were known as the happiest places on Earth, and that guests to our buildings couldn’t wait to come back and to visit as often as they could? How does Disney do it and what could we learn for creating a culture of happiness? A few years ago, I had the privilege of participating in a behind-the-scenes tour of Disney arranged by Yeshiva University. The design and layouts of the parks, the placement of vendors, and the timing of the shows are all meticulously and brilliantly strategized and arranged. But what struck me most was the employee culture and how the attitude of the Disney’s tens of thousands of workers impacts each and every one of their guests. In every employee only area, there are signs listing the Disney credo. It includes: “I project a positive image and energy. I am courteous and respectful to all guests including children. I go above and beyond.” Disney understands a fundamental psychological principle supported by extensive research – happiness is contagious. Just as if one person yawns others will follow suit, so too, if a person smiles, others around him will start smiling as well. A happy disposition, a positive spirit, and a pleasant countenance are simply contagious. Whose responsibility is it to spread the smiles? Whose job is it to maintain the happiness effect? There are roughly 60,000 employees at Disney World in Orlando. All members of the staff, from custodial and maintenance, to the ride operators and people who wear the Mickey costumes, are referred to as “cast members.” How many of the 60,000 cast members do you think are responsible for picking up the garbage? The answer is all 60,000. How many are responsible for helping someone find directions or return a lost child to their parents? 60,000. How many are required to smile and spread the happiness? That’s right, all 60,000. At Disney, the cast members know that they each have different tasks, but they are taught that they all have the same purpose: spreading happiness. Disney has a regular contest among the employees to identify and reward “great service fanatics.” These individuals are nominated by their peers and are celebrated for going above and beyond in being kind, helpful, and spreading happiness. “Vayehi ha’am k’misonenim rah b’aznei Hashem.” Our parsha describes Moshe’s harsh reaction and response to the complaints of the people. Misonenim is the hitpa’eil form of the verb, which means reflexive or done to oneself. The Torah does not describe good people with legitimate complaints. Rather, Moshe is so strong because he observes that they had transformed themselves into complainers and that was not tolerable. How do we go from a culture of complaining to creating the happiest place on Earth? The answer, I submit, is to tap into Disney’s magic and to promote a mandate in which every single Jew is a member of ‘the cast.’ If we want to be a place that attracts and inspires non-observant and disaffected Jews, we ALL need to be leaders in making happiness contagious in our environs. In our Shul and community, like in every other one, we all have different tasks. Some are Jewish communal professionals; others are lay leaders. Some are working and some are retired. Some are professionals, while others own businesses, and others are stay at home Moms and Dads. But, while we all have different tasks, we need to see ourselves as sharing the same purpose if we are going to change a culture. Like Disney we must reward and celebrate those that provide service with a smile and go above and beyond. It isn’t enough to highlight and commend those that excel in learning or in piety. We must reward the “great service fanatics,” among our adults and children who excel at being nice, kind, and thoughtful, and who smile contagiously. Let’s taste the sweetness of life, make an effort to always have a smile, and be active members of the Jewish people’s cast, thereby converting our Shuls and communities to the happiest places on Earth.

An Open Letter From the Bottom of My Heart

An Open Letter From the Bottom of My Heart