March 10, 2022|ז' אדר ב' ה' אלפים תשפ"ב Assimilation is Not the Answer to Antisemitism: Be an Ish Yehudi, a Proud Jew! By Rabbi Efrem Goldberg 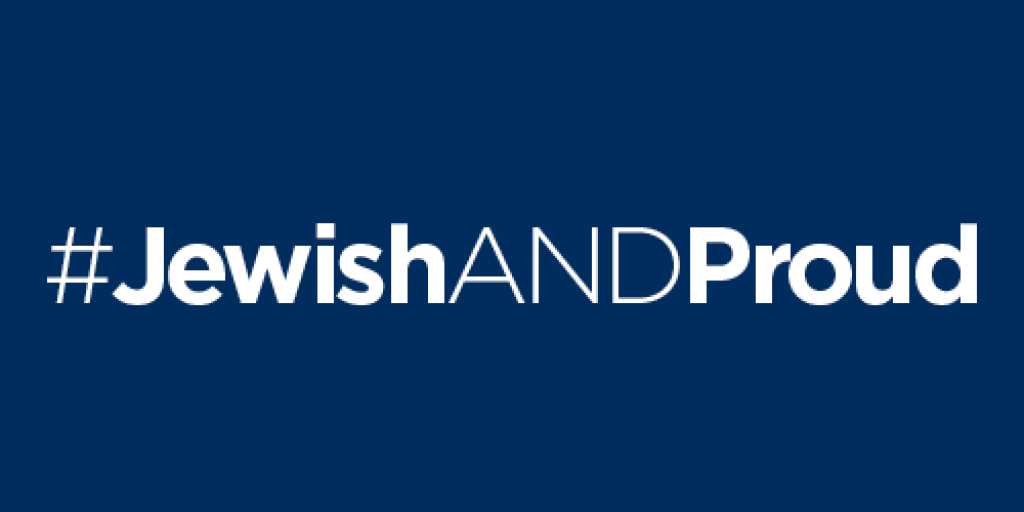 In its “Audit of Antisemitic Incidents,” the ADL recorded over 2100 acts of assault, vandalism and harassment  against Jews last year, a 12% increase from the previous year and the highest total since tracking began in 1979.  An  AJC survey found that 90% of Jewish Americans believe antisemitism is either somewhat or a very serious problem.  So, antisemitism is rising and overwhelmingly we claim to be concerned about it.  But what are we willing to do about it?

When Haman approached Achashveirosh with his diabolical, genocidal plan to exterminate the Jews, he said, “there is a nation scattered abroad and dispersed among the nations.” The Talmud (Megillah 13b) expands on this conversation.

When Haman targeted the Jews for annihilation, he said to Achashveirosh, “Let’s destroy the Jews.” Achashveirosh replied, “Not so fast. I am afraid of their God, lest He do to me what He did to my predecessors.”

Haman relieved the King of that fear when he said, “Yeshno am echad,” which translates literally as “there is a certain nation.” The Talmud quotes Rava, who explains that Haman was telling the King something much more strategic and insightful. Not yeshno am echad, there is a certain nation, but rather yoshnu am echad, there is a sleeping nation. Said Haman, “They have been negligent of mitzvos, they are divided, fighting with one another. They are arguing amongst themselves but at the same time they are fast asleep as to what we want to do and how we threaten them.”

We were on the brink of extinction as a people because we were asleep.

We were vulnerable and literally on the brink of elimination and extinction as a people because we were asleep. Our eyes were closed to what was happening around us. We didn’t take the threats seriously and we didn’t stand up for our right to simply exist.

Haman recognized and took advantage that there is a nation that is sleeping. All he had to do was continue to lull the Jewish people into a false sense of security, to breed complacency and apathy, and at that moment he could accomplish his goal of ridding the world of our people.

Indeed, Rabbi Soloveitchik suggested that the true miracle of Purim is that an anti-Semite rose, threatened us, and we believed him. We didn’t excuse him, accept his bogus apologies or say he didn’t really understand what he was saying. We didn’t just reject his tropes, we confronted him, we took him at face value, and we were determined not to let him threaten our people.

Identifying an anti-Semite, taking him or her seriously and doing something about it is nothing short of a miracle.

So how did we survive? What spoiled Haman’s plan? Why did we ultimately triumph over Haman such that we are here today and he is a distant memory? The answer is simple: Mordechai and Esther.

We understand Esther’s heroism. She risked everything: her life, her family, her people, to go out on a limb and confront the king without permission. But what made Mordechai a hero? If you think about it, Mordechai may actually be a villain, a perpetrator in the story, responsible for initiating the decree to exterminate the Jews of Shushan and beyond.

Would it have been so terrible for him to just bow down? Just once? Not only does Mordechai refuse to bow down to Haman, he insists on antagonizing him by camping out on Haman’s route so that Haman would see him every day and be bothered by the one Jew who refuses to show him honor. Mordechai’s behavior provokes Haman and he responds by declaring his intention to destroy not only Mordechai, but all of Mordechai’s people, the Jews. Even after Haman’s plan has been pronounced, Mordechai continues to snub him.

When Achashveirosh remembers what Mordechai had done to save his life and sends Haman to reward him by parading around publicly, Mordechai could have declined the honor. Instead, he accepts, humiliates Haman and infuriates him further!

And this is the person we consider a hero of Purim? Why? A closer look seems to indicate that Mordechai’s ego put the Jewish people at risk. What was the source of Mordechai’s intransigence?

You might think it’s simple - bowing down was idolatry, one of the three cardinal sins for which we must give up our lives rather than violate. Indeed, the Ibn Ezra suggests that Haman was wearing idolatrous symbols. Rashi comments that Haman had declared himself a deity. Either way, it would seem Mordechai was right not to bow down, he was simply following Jewish law and it was his peers who were wrong for bowing, even if not doing so would mean risking their lives.

But that’s not the whole story. The Talmud (Sanhedrin 61b) says that the law of sacrificing your life rather than engaging in idolatry applies if in fact one is buying into the divine nature of the idol. If one is bowing simply out of fear, one is not liable.

So why didn’t Mordechai simply bow down in an effort to save the Jewish people?

Yes, Mordechai would have been entitled to bow down. To save his life, he could have been apologetic for his Jewishness and submitted to a virulent anti-Semite, bowing down to Haman and his worldview that wants a world without Jews. But Mordechai understood what was at stake.

Mordechai understood the antidote: To stand firm, to stand strong, and to stand as a proud Jew, a Torah Jew.

Mordechai, a humble scholar and righteous sage witnessed the growing antisemitism of Haman and his desire to see Jews and Judaism erased and he understood the antidote. If Jews were fast asleep, excusing away even the anti-Semitic “tropes” of their time, the answer was not to bow down, even if it was technically allowed. The answer was exactly the opposite. To stand firm, to stand strong, and to stand as a proud Jew, a Torah Jew.

The answer was to not apologize for being a Jew, but rather to be the proudest and most tenacious Jew, and that is exactly what he did. And this is how is Mordechai is known in the Megillah: “Ish Yehudi haya b’Shushan ha’bira – There was a Jewish man in Shushan the capital.” What do you mean a Jewish man; there was only one? There was a large Jewish population in Shushan!

The Megillah is telling us that true, there were many Jews, but some were abandoning their Judaism and others were failing to stand up for it. The Jewish community was asleep; there was only one Ish Yehudi, an unashamed, unembarrassed, unapologetic Jew.

What happens when Jews stand up for ourselves, when we call out and confront anti-Semitic song lyrics, tropes and yes, call out antisemites themselves? By the end of the story, the Megillah tells “fear of the Jew had fallen on them and so no man could stand up against them.” Why? “Because Mordechai, the proud, unashamed, unapologetic and fearless Jew earned the respect of his multitude of brothers, he sought the good of his people and spoke for the welfare of the next generation.”

One of the critical, but too often neglected, lessons of Purim is that the answer to our enemies is not to hide, apologize, or erase our Jewishness. To the contrary, it is to swell with and share our Jewish pride. When we act with confidence and pride, we gain respect. It is no coincidence that Mordechai emerges as a leader not only of the Jewish people, but a dignitary in the Persian government.

The mitzvah of Purim is to get to a point that we can’t tell between cursed is Haman and blessed is Mordechai. We are very good at the blessed is Mordechai. We look to explain, excuse, justify and see everyone as a blessing. But we need to get to a point of remembering that identifying a Haman and cursing him is as important as blessing a Mordechai. We have to call out an anti-Semite, hold them accountable, hold those whose silence makes them accomplices accountable.

If you share concern about growing antisemitism, the question is: what will you do about it? Certainly we have to write letters, make phone calls, attend rallies and hold antisemites and those who fail to condemn them accountable. But there is something else we must do.  I can’t help but notice that assimilation and intermarriage are at record highs, even as antisemitism is as well. Clearly blending in entirely and erasing our differences altogether is not only dangerously wrong theologically, it has no correlation to being safer and more secure.  It is as if just when Jews try to downplay their Jewishness, our enemies will not let us forget.

We must appeal directly to the American people, to carry ourselves with pride, but also with dignity, honesty, integrity and righteousness. If like Mordechai our neighbors come to know and respect us, they will be intolerant of leaders who dare promote anti-Semitic rhetoric or tropes. If we carry ourselves properly, those we work with, work out with, shop with, or live near will speak out and stand up to demand resolutions of condemnation and removal of voices of hate from critical committees.

Be an Ish Yehudi.