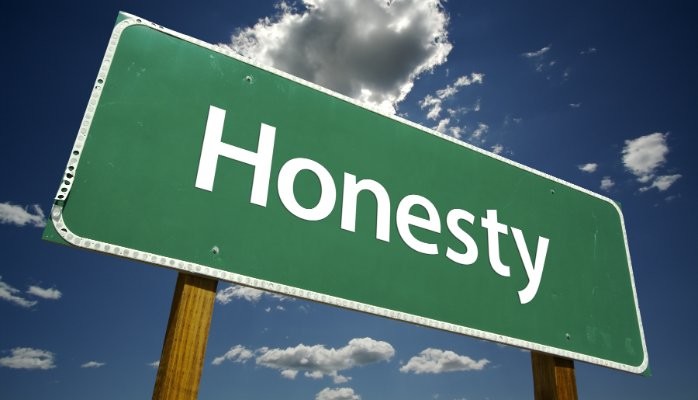 9:00 a.m. – Arrive and surf Reddit for a couple of hours. Watch cat videos

Curiously missing? Work. Apparently, Bob didn’t do any.  The thing is, that didn’t match up with Bob’s output.  Bob “apparently received excellent performance reviews, even being hailed the best developer in the building: his code was clean, well-written, and submitted in a timely fashion.” He was, somehow, producing great work without actually working. Bob’s employer didn’t seem to notice that he wasn’t doing any work, because from the corporation’s vantage point, he was productive.

But Bob’s employer did notice something else. Weird computer traffic was coming into the company’s servers through Bob’s remote login credentials, and importantly, the traffic seemed to be coming from China. To make matters even stranger, the Chinese connection via Bob’s remote connection was active while Bob was sitting in the office. The company was baffled — why would Bob be logging in remotely, and from China, while he was right in front of them? The company contacted Verizon, its telecom services provider, and asked them to investigate.

Verizon got to work and came to the root of the problem. While Bob’s employer had assumed that some odd sort of malware had infected their systems, that wasn’t the case. Verizon determined that the problem was Bob himself, and it explained how a guy with great performance reviews matched up with that schedule of cat videos and shopping on eBay.  Bob had outsourced his own work to China.

The plan was pretty simple: Bob had hired a consulting firm in China, sent the consultants the work assigned to him, and then got out of the way, collecting paychecks the whole time. The Chinese workers did the rest — including returning the completed code to Bob’s employer’s servers. Verizon concluded that Bob had most likely been doing this for a few years, taking about a quarter of his pay and using it to buy the services of lower-cost providers overseas. Bob was fired, of course — the employer was working on developing software for the U.S. government and outsourcing that to China isn’t acceptable — but Bob probably laughed all the way to the bank.

According to the Verizon security team, this wasn’t Bob’s only job — and it probably wasn’t the only job he had outsourced. Bob was making “several hundred thousand dollars a year,” per Verizon, and “only had to pay the Chinese consulting firm about fifty grand annually.”

Yaakov, after years of service to Lavan, grabs his wives and children and flees Lavan’s house expeditiously and secretly.  Hashem then visited Lavan in a dream and warned him not to harm Yaakov.  The Midrash wonders, why did Yaakov merit this divine protection?  It is one thing for us all to feel Hashem protects us.  But the Midrash observes that here, Hashem proactively contacts Lavan to warn him to keep his distance.  As the Ramban points out, despite Lavan being a despicable, disloyal liar, cheater, thief and idolater, God came to him in a prophetic dream in honor of the righteous Yaakov.  What component of Yaakov’s personality merited this extraordinary security?

Was it the fact that Yaakov was an ish tam yoshev ohalim, a yeshiva bachur who diligently spent his waking moments in study?  Was it his steadfast commitment to the principles of Torah—as we know, Im lavan garti v’taryag mitzvos shamarti?  Was it, as the succeeding pesukim imply, the zechus avos, the merit of his father and grandfather?  Was it the chessed, the kindness he had displayed?  Was it the depth and profundity of his prayer as evidenced by his introduction of the Maariv service?  Which one of these aspects and qualities of Yaakov merited Hashem’s personal protection?

The Midrash Tanchuma answers: We see from the narrative that melacha, working honestly and with integrity, professionally and diligently, brings rewards greater than can be achieved through the merit of our forefathers.  Zechus melacha – Yaakov didn’t cut corners, he didn’t steal pencils, he didn’t take a nap on the job, and he didn’t distort his hours, he didn’t outsource to another country, and this behavior is admired and praised above all his other tremendous accomplishments.

Some of the figures and characters of our history have earned different titles and appellations.  Avraham is “Avinu,” Moshe is “Rabbeinu,” and Dovid is “Hamelech.” Usually we think of Yosef as having the surname "Tzadik.”  However, we do find one place in which Yaakov is called “Yaakov HaTzadik,” Yaakov the righteous.

Just as an employer is forbidden to steal the wages of his employee, or delay payment, so too is an employee forbidden to pilfer from the labor he is to provide his employer by wasting time a bit here and a bit there, and so spending the day in deceit.... So too must he work with all his might, for the tzaddik Yaakov stated: 'I have served your father with all my might.' He therefore was rewarded for this labor in this world as well, as the verse states: 'The man became tremendously wealthy.'

We see that to earn the title “Tzadik,” to be considered a righteous person who practices tzedek, righteousness, one must be committed to the principles of honesty, integrity, diligence, and truthfulness.

We often make the mistake of thinking we can never live up to the level of our Avos, that we can never achieve their piety.  After all, could we survive a kivshan ha’aish experience like Avraham? Are we prepared to be sacrificed on the altar, give our life, like Yitzchak? The Rambam, and indeed our Parsha, are a stark reminder that to be like the Avos one need not sacrifice their lives or achieve the extraordinary.  Rather, to be like Yaakov we simply have to be honest, hardworking, and trustworthy.  Seems easy, but the truth is that honesty is such a lonely word, in a world where so much is—and so many are —untrue.

In 2006, a report published in Inc.com concluded that productivity losses cost U.S. employers $544,000,000,000. The report found that in an eight-hour day, employers spent an average of 1.86 hours “on something other than their jobs, not including lunch and scheduled breaks.” Additionally, of those surveyed, 52% “admitted that their biggest distraction during work hours [was] surfing the internet for personal use.”  That was sixteen years ago, imagine what it is today.

Being an honest employee and putting in our full effort for work applies not only for our professional career but in being accountable to our collective Boss, even long after we are retired.  Hashem compensates us with life, health, resources, and our faculties.  We are here to dedicate our talents, gifts, blessings and time to His service and to repairing His world.  We must not waste or squander time, we can’t outsource what we are meant to do and who we are meant to be to China or to anyone else.  To be worthy of being called a Tzadik we must be honest and have integrity in not stealing from others or from the gifts from Hashem.