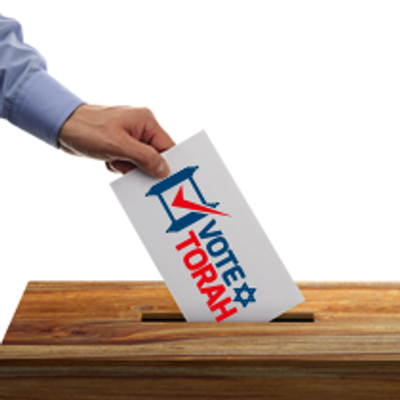 On Yom Ha’Atzmaut 1956, Rabbi Soloveitchik delivered a lecture in Yiddish at Yeshiva University in which he sought to put the extraordinary events that had occurred less than a decade earlier into a context and perspective. In his opinion, the remarkably close proximity of the worst atrocity and darkest period in Jewish history to the unimaginable blessing and bright light of the Jewish return to our homeland simply could not be dismissed as coincidental or random.

In his address that day, later translated and published as Kol Dodi Dofek, the Rav compared the condition and mood of the Jewish people to the unfolding of the love story in Shir Ha’Shirim: “What is the essence of the story of the Song of Songs, if not the description of a paradoxical and tragic hesitation on the part of the love-intoxicated, anxiety-stricken Lover, when the opportunity, couched in majestic awe, presented itself?”

In this majestic love story, Shlomo Ha’Melech describes the longing and desire of the Ra’aya (the Lover) for her beloved Dod. She chases Him, pursues Him and yearns for Him, but alas, He is elusive and inaccessible. Finally, the Dod comes knocking on the Ra’aya’s front door in search of her, but she is exhausted, has undressed and has retired for the night. The moment she had been waiting and hoping for has arrived. The Dod wants to recount to her His mighty love and His longing for her. Yet for some inexplicable reason, at that moment, she becomes lazy and stubborn; she is too tired and spent to respond. The Rav summarizes, “The Lover did not respond to the voice of the Beloved. The door to her tent was locked shut. The opportunity was lost and the vision of an exalted life died.”

The Rav suggested that on the heels of the Holocaust, in the shadow of incomprehensible loss and devastation, just when the Jewish people were tired and spent, Kol Dodi Dofek, our Beloved came knocking on our door.  He called for us, and the echoes of His voice reverberated through history. The Rav enumerated six “knocks” that he discerned in the events that surrounded the founding of the State of Israel:

Each of these ‘knocks’ was nothing short of a miraculous aspect of the founding of the State of Israel. One shudders to speculate what the outcome would be today if the United Nations were asked to vote on awarding the Jewish people a sovereign state in the Middle East.

In 1948 and many times since, Heaven has indeed been knocking on our door. In Kol Dodi Dofek, Rabbi Soloveitchik challenged us to ask ourselves: Are we answering? As we prepare to read Shir HaShirim shortly and celebrate Yom Ha’Atzmaut in just a few weeks, now is a good time to remind ourselves of this question. Are we going to be like the Ra’aya, too tired and exhausted, too beaten down from the long exile and the seemingly endless persecution to be able to get up and answer the door? Or, will we embrace the moment and recognize the opportunity that we have been longing and yearning for?

Obviously, making Aliyah, picking up and moving to Israel, is the ultimate answer to the knock. For Jews living in the Diaspora, the question of Aliyah should not be if, but when. As has been said, there are legitimate reasons not to make Aliyah, but there are no legitimate reasons not to struggle with making Aliyah. However, for a variety of reasons, the reality is that not everyone can or will move to Israel. But make no mistake. There are many ways to both hear and answer God’s knock, wherever one may be.

Hungarian born R’ Yisachar Shlomo Teichtal Hy”d was staunchly anti-Zionist. When running and hiding from the Nazis, everything changed for him and he saw a return to Israel as Hashem’s true plan for His people. In his incredible book Eim Ha’Banim Semeicha, written by memory and while in hiding, he shares these prescient words:

“Now, even though all of Israel will not return right away, it seems to me that the Land will become a universal center for the entire Jewish nation, by the very fact that there will be an assembly of Jews in Jerusalem and Eretz Yisrael. Even those who remain in the Diaspora will keep their eyes and hearts on the Land. They will be bound and connected with all their souls to the universal center, which will be established in Eretz Yisrael. It will unite them even in the Diaspora, and they will not be considered dispersed at all…”

Kibutz Galiyos, the ingathering of the exiles, is certainly a physical phenomenon. But according to R’ Teichtal, it is a meta-physical one as well. When we dedicate our attention, our efforts and our resources towards Israel, the Jewish people unite as one, no matter where they may be found on the globe.

World-wide Jewry is in the midst of elections for the World Zionist Congress which controls the funding of the World Zionist Organization and decides how millions of dollars are allocated. Decisions on distributions of funds are based on the size of each Zionist group represented in the Congress.

Every Jewish resident of the United States who registers to vote has a chance for his/her voice to be heard. Many of the Religious Zionist organizations in America including OU, National Council of Young Israel, Yeshiva University, Touro College, AMIT, Bnei Akiva and more have joined together under the banner of VOTE TORAH.

By voting for the Religious Zionist Slate, you will seat delegates who will focus on:

Please, do what you can to answer the ‘knock’ and take 5 minutes RIGHT NOW to cast your vote for the Religious Zionist Slate (SLATE #10) – www.VoteTorah.org.

Lobbying Those Below as a Pray...

Despite suffering the catastrophic calamities and tragedies of the last two thousands years, we nevertheless remain an eternally…

From Mordechai & Esther to PM...

The seventy year reprieve from anti-Semitism that the nations of the world have given our people, perhaps out of pity and…

Beyond Blue and White and Dagl...