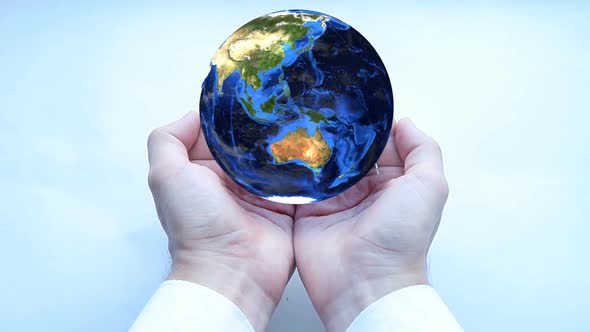 The world we live in is becoming less recognizable every day. Assumptions, designations, and policies we took for granted are regularly challenged, with new definitions emerging frequently. If I told you just a few years ago about a question posed in a hearing to a nominee for the United States Supreme Court, a new categorization on passport applications, or a raging debate about what is appropriate for teachers to talk to young children about, you simply would not believe me. These changes are happening all around us, but should they be happening with us?  Are we even mindful of them and are we comfortable with their impact on us and our children?

There are two seemingly conflicting lessons that emerge from Pesach.  While some might see them as contradictory, I believe that the synthesis of the two—and the nuanced conclusion that emerges—is not only true and authentic, but is our responsibility to embrace and model for the world.

In no less than thirty-six places (forty-six according to some), the Torah emphasizes our responsibility to be kind to the ger, the stranger, reminding us that we were strangers in the land of Egypt (Bava Metzia 59b).  Commenting on this Mitzvah, the Ramban writes:

The correct interpretation appears to me to be that He is saying: do not wrong a stranger or oppress him, thinking as you might that none can deliver him out of your hand; for you know that you were strangers in the land of Egypt and I saw the oppression with which the Egyptian oppressed you, and I avenged your cause on them, because I behold the tears of such who are oppressed and have no comforter… Likewise you shall not afflict the widow and the orphan for I will hear their cry, for all these people do not rely upon themselves but trust in Me.

While this Mitzvah, the one most often repeated in our Torah, is technically referring to a halachic ger, a convert, we have been encouraged to expand the definition to others who feel invisible, vulnerable, estranged, or isolated from the community.

Rabbi Lord Sacks z”l writes that Klal Yisrael in particular is enjoined to be sympathetic and kind to the stranger, because we know from our own experience what it is like to feel like an outsider, as if we don’t belong.  He writes:

To be a Jew is to be a stranger. It is hard to avoid the conclusion that this was why Avraham was commanded to leave his land, home and father’s house; why, long before Yosef was born, Avraham was already told that his descendants would be strangers in a land not their own; why Moshe had to suﬀer personal exile before assuming leadership of the people; why the Israelites underwent persecution before inheriting their own land; and why the Torah is so insistent that this experience – the retelling of the story on Pesach, along with the never-forgotten taste of the bread of affliction and the bitter herbs of slavery – should become a permanent part of their collective memory.

The first lesson of Pesach is that Torah Jews and observant communities must model environments that are actively warm and welcoming, that never bully, mistreat, call names, marginalize or God-forbid abuse anyone, especially those that feel, identify, observe, or act differently.

But there is a second lesson of Pesach that doesn’t conflict with but rather complements the first.  Hashem liberated us from slavery not only to provide freedom from tyranny, but freedom to become a mamleches kohanim v’goy kadosh, a nation of priests and a holy people.  We weren’t taken out of bondage to live as any other secular entity.  Miracles were provided and the rules of nature were suspended to give birth to a nation that would represent, teach, and defend the Almighty’s vision for His world, His prescription for life, and His definitions and laws.

Rav Meir Shapiro, the great Rosh Yeshiva of Chochmei Lublin and founder of the Daf Yomi, visited the United States in the 1920s.  It is said that when he returned to Europe, he was asked about his opinion of American Jews. He profoundly and presciently stated: “American Jews know how to make kiddush, but they do not know how to make havdallah.”

Rav Shapiro saw almost prophetically how we excel at making kiddush, at sanctifying Hashem through the Torah, Mitzvos and extraordinary acts of chesed, but that we struggle with making havdallah, differentiating ourselves from society when beliefs, social mores, and lifestyles are simply incompatible and in conflict.

The world is complicated and people are searching for answers. All kinds of feelings, instincts, labels, names, and ideas are penetrating and infiltrating into our conversations, identities and relationships, including into spaces that were once assumed to be relatively innocent and pure. There is a lot of confusion, dysfunction, and pain all around us.

While we don’t have the solutions to every problem, how fortunate and blessed we are to be heirs to a rich Torah legacy that provides us with vocabulary, language, laws, and definitions that enable us to navigate through many modern challenges.

Let there be no mistake: Our Torah definitions must be used to educate, elevate, enrich, empower, and inspire, never to bully or mistreat those who view or define things differently. But at the same time, our ideals, carrying the authority of the Almighty, should give us the confidence, pride and strength to refuse to be bullied into abandoning or being defensive of our Torah definitions either. We should never call others names, but we must also not tolerate being called names, being labeled, or looked down upon because we maintain our traditional values, or because we stand by and defend what we believe to be ontological truths. We must not accept a culture where we have to fear social consequences for publicly proclaiming, celebrating, and standing by our values.

While there are many legitimate disagreements and differing opinions within our Torah tradition, there are some things that are abundantly clear, truths that are non-debatable.  Even then, discussing and applying the Torah’s positions to the realities on the ground can be complicated and typically demand nuance. To be sure, we don’t avoid or run away from difficult topics (for an example, see a talk I gave several years ago here).  But while we address them with a commitment to sensitivity, we also must address them with just as firm a commitment to Hashem’s truth.

We believe genders are not social constructs; they are Divine designations. Much of Jewish law is predicated on that fact, such as the laws of marriage, divorce and familial relationships generally, obligation or exemption from certain mitzvos, and much more.

It wasn’t only humanity that God created with two genders -- zachar u’nekeiva bara osam, male and female He created them (Bereishis 1:27) -- the Gemara (Bava Basra 78b) tells us that kol mah she’bara Ha’Kadosh Baruch Hu b’olamo zachar u’nekeiva b’raam, every creature that the Holy One, Blessed is He, created in His world, He created them male and female. (Yes, our Torah recognizes there are highly unusual cases of tumtum and androgynous, but they are the rare exceptions, determined by technical criteria.)

We can and must love and support those that feel differently on these issues, but we also should know clearly, and not need to be afraid to say, what is a man, what is a woman, and that the Torah mandates that only a man and a woman can marry.

As the world becomes less recognizable, I believe it is our responsibility to hold on to and communicate to our children what we all once took for granted. We must not be hesitant, embarrassed, or feel guilty to speak the Torah’s truth.  Our silence or avoidance on central issues or core definitions may be convenient and comfortable, but they are not neutral; they contribute to confusion, they perpetuate distortions, and they are part of the very failure to make havdallah that Rav Meir Shapiro warned about.

Our children are desperate for rootedness, for boundaries, and for clarity of beliefs. The more they engage blurred lines in culture and pop culture, in university and professionally, on billboards and in banner ads, the more they need us to be their solid anchor, to hold them steady, to speak an authentic language and to protect what we believe are proper definitions (of course, with sensitivity and nuance).

The Sefas Emes (among others) writes that our Egyptian oppressors didn’t only deprive us of physical freedom in Egypt, they deprived us of the right to maintain our opinions, our values and to express our views.  Dibur and daas, speech and thought, were in galus, were in exile.  The Egyptians had canceled us, silenced our traditions and our values.

When Hashem took us out, He didn’t just liberate us physically, He gave us a language and a vocabulary and made us ambassadors to speak His truth.  The Sefas Emes says that the holiday of redemption is called Pesach from the words peh-sach, the mouth speaks.  Redemption and freedom are related to speech, to the power, courage and capacity to speak the truth.

No matter what happens in the world at large, in the world of our Shuls and schools, around our tables and in our homes, even if it gets uncomfortable, we must keep it recognizable, we must share what is true, always with dignity, respect and sensitivity.

We and our children must continue to make kiddush by treating everyone appropriately. But if we want redemption, we must also not be afraid or apologetic to, when necessary, like our ancestors, make havdallah.