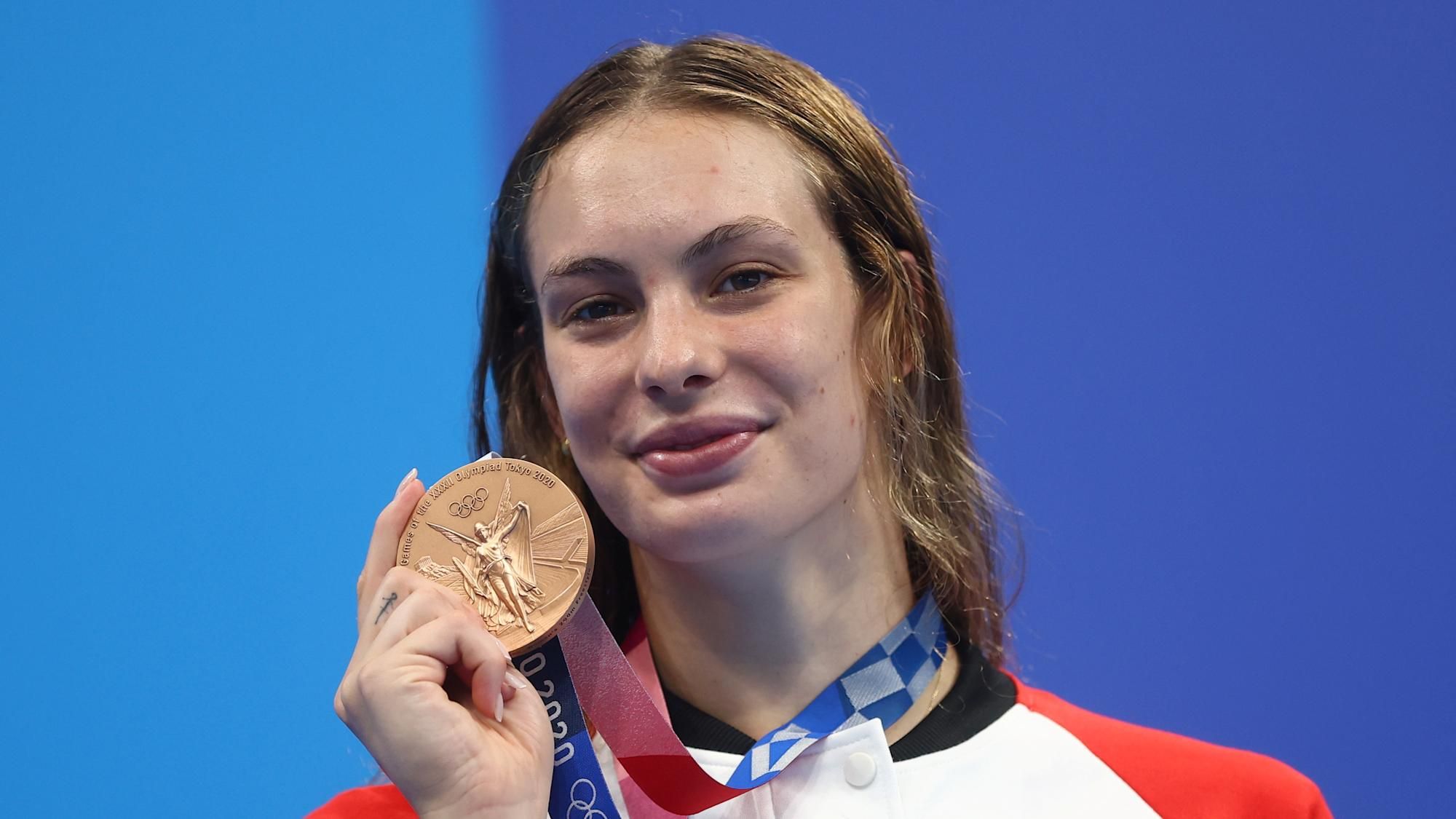 With seven gold medals, including three at the recent Tokyo Olympics, swimmer Penny Oleksiak is Canada’s most decorated Olympian.  But not everyone always believed in her.  Following her recent success, she tweeted, “I want to thank that teacher in high school who told me to stop swimming to focus on school (because) swimming wouldn’t get me anywhere. This is what dreams are made of." She followed it up by sharing, "Also in reference to my last tweet - no shade at all towards teachers in general, my sister is a teacher and I see her inspiring kids every day. Most of my teachers saw the vision and pushed me towards it. That one who constantly dragged me down though, WOAT (Worst of All-Time)."

A friend of mine recently shared with me that in high school, he had an administrator who didn’t believe in him and regularly made that known. When he told the administrator that he was going to study hospitality, he asked, “Do you plan on being a bartender for the rest of your life?”  Today, my friend doesn’t tend bar, he tends to the Jewish people and is a successful Jewish communal professional making a difference every day.  I shudder to think of what he and we would be missing out on had he listened to this educator instead of those who encouraged him.

Many of us have a WOAT influence in our lives. If it’s not a teacher, a family member or a colleague, it is a voice of negativity and doubt in our own head.  It tells us, “You are imperfect, you have shortcomings and deficiencies, you aren’t the smartest, you are not the best looking, the most creative, and will never be the most successful.  You have made mistakes, underachieved, set goals that you failed to realize, and you will never amount to anything.”

That voice can weigh us down, hold us back, or cause us to give up on our dreams and aspirations. But here is the catch.  That person or that voice only holds us back if we listen to it, give it attention or consideration. Like Penny Oleksiak or my hospitable friend, we can replace the WOAT with a GOAT (Greatest of all Time) person or inner voice to listen to instead, one who believes in us, propels, and pushes us and lifts us to aspire to become the best version of ourselves.

In our Parsha, just moments before Sedom is destroyed, the angel says to Lot, “Run for your life. Do not look behind you, nor stop anywhere in the Plain; flee to the hills, lest you be swept away.” Despite the warning of the angel, Lot’s wife couldn’t help herself.  She looked and became a pillar of salt.  In fact, the Jewish historian Josephus claimed to have seen the pillar of salt which was Lot's wife.

Why were they warned not to look back? The classic answer is that Lot and his family weren’t righteous and in truth deserved to suffer the same punishment as Sedom.  They weren’t worthy of witnessing the downfall and were therefore told not to look.

The Divrei Shmuel, Rav Shmuel Weinberg of Slonim, gives a different perspective.  In telling Lot and his family, “Don’t look back,” the angel was teaching a fundamental lesson in life.  When you have made mistakes, when you underachieved or came up short, don’t look back, always look forward.  Don’t focus on your past and beat yourself up, doesn’t listen to voices of negativity and defeatism, look to the future and the opportunities it presents.  Obviously, we need to understand what drove the mistakes we made and feel remorseful for them, but we cannot and must not ruminate on them.

Lot’s wife turned around. Whether she was nostalgic for her sinful past or simply felt guilty about it, either way she turned into salt.  Salt was not a random vehicle for this punishment. Salt, by its very nature, preserves and keeps what it is spread on intact.  It inhibits the ability to grow, to change, or to move forward.  Lot’s wife literally got stuck in her past.  She couldn’t move past it, couldn’t look forward, and didn’t let herself start again.

This is the classic methodology of our yetzer harah, the self-destructive voice we all confront.  We tend to harp on our mess-ups and mistakes, and we tell ourselves we are incapable, unworthy. We therefore experience yeiush, we give up on becoming better at whatever we want to improve.  Indeed, we spend a lot of time dwelling on the failures from our past.  Research shows that at least 70% of the time we think about the past, we only relive the negative aspects of our lives.

But according to psychologists at Yale and the University of California, obsessing over a mistake not only won't change the past but it will make it worse.  Their study shows that living a mistake over and over impairs our problem-solving abilities. It leads to increased negative thoughts and depression. It even erodes our support network because no one wants to hear from the person who can't let things go.  Essentially, dwelling on past mistakes puts us in, and keeps us in, a bad state, which is of course the very thing we're trying to get out of.

But moving on and silencing the WOAT in us sounds easier than done.  Many who would never bully someone else still bully themselves with negative thoughts.  We tend to beat ourselves up and harp on things we could have or should have done differently.  But that thinking sabotages our very future and forfeits our present.

This is what we daven for every evening when we ask Hashem in Maariv, haseir Satan milfaneinu u’mei’achareinu, remove the Satan from before us and from after us.  Why would we confront a Satan from behind us?  It is critical to pray that we not only find the strength and will to overcome our urges and temptations when we confront them, but that if we do fail, we can put it behind us and move on, not harp or get stuck. Each night, as we reflect on the day that was, including bad choices or uncomfortable mistakes, we pray to have the strength and conviction to hear the GOAT in us, not the WOAT in us.