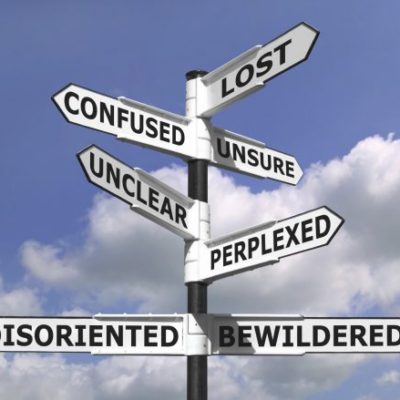 Chaim Walder broke onto the scene in 1993 with his first best-selling book, "Yeladim mesaprim al atzmam" ("Children Talk About Themselves"), translated into English as "Kids Speak."  The series was translated into eight languages and the original became one of Israel’s all-time best-sellers.  He revolutionized children’s literature in Israel, giving voice to a population who were lectured to but too often didn’t feel heard.  His books were made up of stories, written in first person as reported by children, talking about their problems, feelings and experiences. Children found his books validating, comforting, and encouraging.

When a month ago, several women publicly accused Walder of assaulting them when they were minors seeing him for therapy, they weren’t the only victims.   Dozens of boys, girls, married women, and single women testified in front of the Beis Din of Rav Shmuel Eliyahu about abuse going as far back as twenty-five years ago to as recently as earlier this year.  Rather than participating in the Din Torah in an effort to prove his innocence, Walder ended the investigation by taking his own life, leaving behind a suicide note that asserted his continued denial and presented himself as the victim.

Our hearts go out to all those who were abused and assaulted.  They deserve our unequivocal loyalty and support.  Sadly, while they have suffered the most and will likely continue to confront the trauma of their experiences throughout their lives, they are not the only victims.  Children who read, enjoyed and felt connected to his series of books, are reeling in pain.  Parents who can’t understand, let alone explain, are devastated.  The pain of all these groups has only been compounded by the disturbing attitude of some rabbis and Jewish media who have not only failed to report on the abuse or stand up for the victims, but actually laud and memorialize the heinous perpetrator.

There are so many questions surrounding this tragic story, each haunting in their own right.  Many are understandably confounded in trying to understand: how could someone who dedicated his life to giving children a voice silence them?  How could a storyteller deny others their story?  How could a person who was devoted to validating the feelings of children, systematically abuse and assault them?  Many will get stuck on the question, how could someone think the solution, the way out, or the answer is to take their own life?  What exactly was he thinking when he wrote the note, what was he feeling right before he pulled the trigger?

I obviously don’t have answers to these questions but I am reminded of a powerful lesson I learned years ago when I was haunted by a similar question.  As a communal rav of a large shul, I have dealt with inexplicable heartbreaking traumas over the years.  Each circumstance is very different, each with its own story, background, and aftermath.

Following one such tragedy, I was haunted, couldn’t sleep and was deeply disturbed.  I spoke to a therapist and explained that I had spent my life studying, analyzing, and trying to make sense of Torah, people, and events.  I generally felt a decent grasp on many things but couldn’t understand this.  I was obsessed with making sense of it.

Indeed, there are many questions surrounding this tragic episode and we should be content, maybe even grateful, if we can’t make sense of it. We gain nothing by trying to get into the head of someone who could write for children and abuse children. Trying to understand the internal motivations and calculations does not do any of us any good.

Instead of getting stuck on those that have no answers, we should focus on those that we can and must provide answers to.  How can we better protect victims, especially children?  What can we do to show support at this time to people impacted by these horrible events? How can we hold rabbonim and communal leaders who tolerate such behavior accountable?  What can we do to prevent such behavior in the future?

Finding answers to these questions may not be easy but they are critical to ask and pursue. If you are able to, don’t let yourself be haunted by the unanswerable and unknowable; instead, channel the angst and discomfort into productive and meaningful conversation and action.