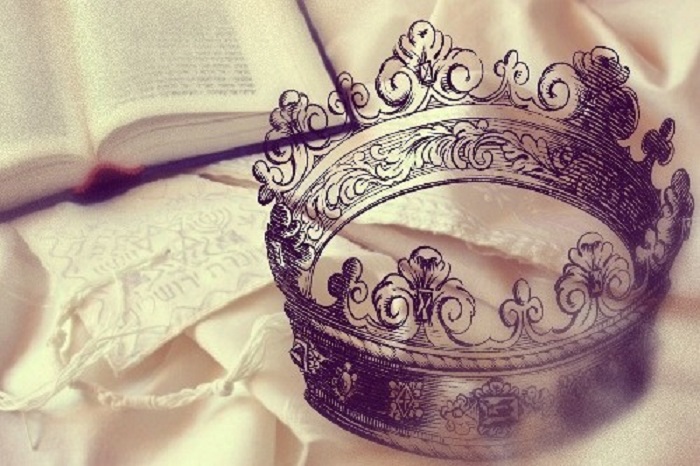 Immediately upon his mother’s passing, Prince Charles became King of England and the wheels of tradition were set in motion for his coronation ceremony, although it won’t take place for several months. The death of Queen Elizabeth and the transition of power has gripped not only citizens of the United Kingdom, but people around the world.

What is so intriguing and captivating about the royal family that draws such enormous attention, focus, and even obsession?  Dr. Donna Rockwell, a clinical psychologist who specializes in celebrity and fame, suggests that the answer is the royal family's strict adherence to procedure and tradition. She explained: “Life by its very nature is tumultuous and dislocated... [T]he royal family represents order, discipline, stability and a sort of calmness in communication with one another that actually physiologically settles a person.”

Dr. Rockwell believes the royal family represents an escape from an unsettling world: "So in the same way, I think that when an adult is feeling a sense of inner chaos, it's comforting, even neurologically speaking, to be able to observe something of structure," she said.  "The universe is profoundly chaotic so whenever we can anchor ourselves into a sense of order and safety, really, we tend to relax. And that generates the reward center of the brain."

While none of us will be invited to King Charles coronation, all of us are not only invited, but eagerly wanted, at a much greater, much more prestigious coronation. The installation of the ultimate King, the King of Kings, will take place in just a few days on Rosh Hashana.

We associate Rosh Hashana with judgment, but the Torah itself never mentions this theme. Rosh Hashana corresponds with the creation—not of the world, the first day of creation, but with the birth of man, the sixth day. Zeh hayom techilas ma’asecha, this is the day it all began.

How do we recognize our creation, how do we commemorate our being brought into this world? The answer is through annually coronating Hashem, the Creator of the Universe as King, as Monarch and Sovereign over us, the world and everything in it. The Vilna Gaon explains that the shofar on Rosh Hashana serves in the role of trumpets at the King’s coronation, producing blasts of joy, celebration, and allegiance.

If connecting with the procedure and tradition of human royalty bring calm and comfort, all the more so when we coronate and celebrate Hashem’s Monarchy with our rich practices and customs and with it accept the order, discipline, and stability that a life of loyalty to Him provides.

We don’t need to look elsewhere for majesty and pageantry. While our annual Coronation ceremony is familiar and well-known to us, make no mistake, the transfer to white Torah covers and paroches, the reverberating sounds of the shofar, and the stirring traditional melodies, are nothing short of grand, regal, and royal.

Here are five things to keep in mind for this week’s Coronation of the King of Kings:

1.    Loyal Member of the Kingdom – While a coronation is about establishing and celebrating a monarch, it generates a period of evaluation and judgment.  Following the coronation, the re-established monarch takes stock of His kingdom, evaluating the role and service of everything in it.  That is why Chazal teach that on Rosh Hashana, kol ba’ei olam ovrim lefanav, everything in the world comes before the King to be assessed and considered.  In anticipation of the Coronation, ask yourself if you are fulfilling the purpose for which you were created?  Are you living a mission-driven life, advancing the vision and values of the King?  Are you making the unique contributions that only you can make?

2.    Prepare and be Punctual – One could not imagine attending the Coronation of King Charles dressed in anything less than their most formal and finest garb,  pressed, shined and making the best impression.  One would never show up late, and arrive when the coronation was already underway.  The coronation of the King of Kings deserves no less preparation, attention to detail, and effort.  If we want to feel like we were in the presence of the King of Kings, we need to dress for and act as we would for a human King.

3.    Avinu Malkeinu – In our case, the King is also our Father.  While the image of Him as Monarch intimidates, imposes and instills fear and judgment, the description of Him as our Father reflects His love, affection, and fighting on our behalf.  While both are true, we refer to Him first as our Father reflecting that while to the rest of the world He is only a distant King, we are blessed to feel the closeness that He is our Father.

4.    Don’t Sleep Through the Coronation – The Rama quotes the Yerushalmi that “nohagin she’lo lishon b’yom Rosh Hashana u’minhag nachon hu,” it is a proper practice not to sleep on Rosh Hashana day.  On Coronation Day we should be so excited and exhilarated, so joyous and celebratory that we have no time or interest to take a nap.  But more significantly, being royalty demands that we don’t sleep through life, let it pass us by or be carried by momentum.  The Shelah explains that the custom of Tashlich is to go to a body of water to see fish. Fish don’t have eyelids and therefore don’t ever close their eyes.   On Rosh Hashana we are meant to remain awake and aware, fully conscious, and present, not only physically, but spiritually.

5.    Coronation and Community - Dr. Rockwell notes that the royals have the ability to make us feel like we’re part of one big happy family.  When we connect and care about the other members of the Kingdom, it brings honor to the King.  Shlomo HaMelech taught (Mishlei 14:28), B’rov am hadras Melech,  the glory of the King is revealed when the masses are unified in their acceptance of His sovereignty.  Prepare for Coronation Day by connecting with fellow subjects of the King, showing them care and concern, feeling a sense of unity, a shared history and a shared destiny.

In the Mussaf of Rosh Hashana we will recite, “V’yishme’u rechokim v’yavo’u, v’yitnu lecha keser melucha – And those from afar will hear and will come, and they will bestow on You the crown of kingship.”   “Afar” can be a geographic description or a spiritual one.  Even if you feel disconnected and far away, coronation is the time to come close and reconnect.

The royal website states that the coronation ceremony “has remained essentially the same over a thousand years,” so we can expect many of the same events from Queen Elizabeth's coronation to occur at the coming one for King Charles, even though more than 90% of the current population was not alive to see it.  In a world of constant upgrades and improvements, it is important to remember that new is not necessarily better and there are traditions that are meant to remain unchanged.  We are blessed to be heirs to a uniquely rich tradition, one that goes back much further than 1,000 years.  While our coronation ceremony remains unchanged, may each of us use this time to change for the better.