December 16, 2016|ט"ז כסלו ה' אלפים תשע"ז Are You as Offended as the Conductor? Eliminating Disruptions and Distractions in Davening By Rabbi Efrem Goldberg 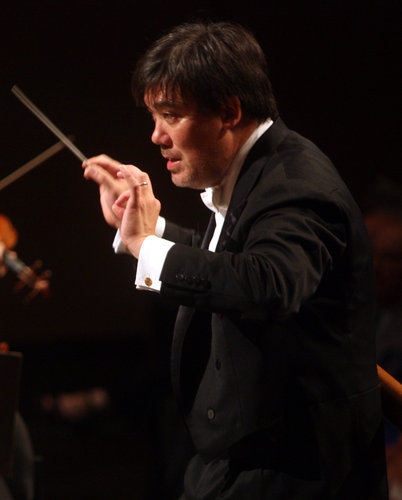 A few years ago, Alan Gilbert, the Conductor of the New York Philharmonic made history, but not for something you would expect. Conductors almost never interrupt a performance, other than truly exceptional circumstances. Gilbert not only stopped the performance, he did something even more. Towards the end of the Philharmonic’s performance of Mahler’s Ninth Symphony, someone’s cell phone began to ring, and ring, and ring endlessly. Before every performance in that hall, a recorded voice reminds people to turn their cell phones off, but apparently at least one patron had forgotten.

The Conductor didn’t just pause the performance, he turned towards the corner of Avery Fisher Music Hall where the sound was coming from and with the help of the audience narrowed down the possible violators until he identified the perpetrator. He then stared him down for what felt like a significant amount of time and refused to continue with the Symphony until the individual verbally acknowledged that his phone was now off and wouldn’t interrupt again.

The story itself is interesting. But it was an interview with the Conductor, Alan Gilbert, following the performance that really struck me. Mr. Gilbert said: “It was so shocking what happened. You’re in this very far away spiritual place in the piece. It’s like being rudely awakened. All of us were stunned on the stage.”

In reading this story, I was actually moved by the intolerance of the Conductor and his protest against someone’s callousness and lack of courtesy compromising his spirituality. Indeed, contrast what happened at the New York Philharmonic and what happens almost daily in Shul. Three times a day we gather for a symphony not of classical music, but of prayer. When davening, we are to get lost in a very far away spiritual place such that the sound of a ringing cell phone would rudely awaken us and bring us back down to earth. And yet, sadly, most of us are unfazed and frankly unbothered when a cell phone goes off. In fact, if anything, for many the ring serves as an alarm to interrupt our day dreaming and bring us back to the fact that we are actually in the middle of davening.

After interrupting the performance, the conductor apologized to the audience for stopping, saying that usually, it’s best just to ignore such a disruption, but this case was simply too much and had crossed the line. The audience then cheered and applauded clearly showing support for his intolerance of such a rude disruption.

Of course, we should not be rude or embarrass someone who innocently forgot to turn their ringer off.  My point is not to suggest we ought to call people out and publicly shame them.  Rather, I am suggesting that we reflect on why the interruption to our davening is not as offensive or disturbing to us as the interruption of the performance was to Gilbert.

When a cell phone goes off in shul and nobody says anything, it is not only an indictment of the perpetrator, but of the rest of the Minyan as well. Our davening should mean to us minimally what Mahler’s Ninth Symphony means to Conductor Alan Gilbert.  Let’s together, with great sensitivity, create an environment that does not tolerate talking or cell phones ringing during davening and through a sense of reverence and serenity find ourselves “in a far away spiritual place” in the siddur.