February 11, 2021|כ"ט שבט ה' אלפים תשפ"א Does Your Spending Match Your Values? A Reflection on the BRS Global Campaign By Rabbi Efrem Goldberg 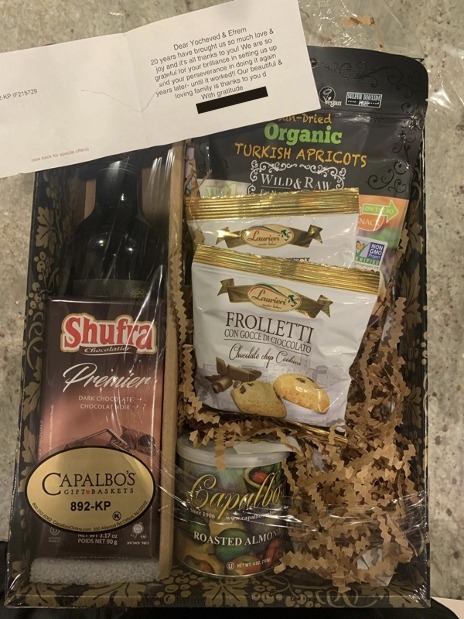 Imagine someone found your credit card statement and reviewed it.  What would they conclude about your values, priorities, what you consider essential and nonessential? Does your actual spending match your expressed values?  How much do you spend a month on streaming entertainment and how much on streaming shiurim?

Throughout this pandemic we have painfully been precluded from offering shiurim and programs in person. I desperately miss the energy of being in a room together, sharing ideas, seeking inspiration, exchanging smiles and even moving one another to tears.  Right from the start, BRS pivoted to bringing our programming online—at first for our members, but, we soon discovered, for many outside Boca Raton as well.

There are well over 10,000 people each week, on Zoom, Youtube, Whatsapp groups, Facebook, and more, who benefit from our shiurim, classes, programs, conversations, writings, and posts.  While our core community of course remains our local BRS members, Corona has created a BRS Global Community learning together, being entertained together, and sharing values and vision together with our local members.

This week we are running a campaign inviting non-BRS members to show appreciation and to partner in providing these opportunities for the world.  (Please visit brsonline.org/global to find out more) Given the numbers of those who benefit, we anticipated an outpouring of participation.  Despite our flurry of emails, social media posts, and promotion during all classes, as of this writing, 250 people have contributed.

To be honest, at first the slow response made me not only frustrated, but even personally hurt.  We pour our hearts and souls into all we do, we regularly hear the most heartwarming and gratifying feedback and encouragement, so where is the response to the campaign?

The more I thought about it, however, the more I realized that in truth I am no different.  Can I possibly even put a dollar amount on the value I receive from YUTorah.org, Sefaria.org, Wikipedia, and other free resources that I use regularly?  And yet, I am embarrassed to confess that most often, when the annual pop-up opens saying that the website is free and relies on voluntary donations, I simply X out and proceed to take full advantage of what is being offered.

When I came to this realization, I went to these websites to do my part, but it got me thinking, why wasn’t my first instinct to give?

This week we begin the first of four special readings, Parshas Shekalim.  Every man over twenty was obligated to give one half-shekel weight of silver, approximately nine grams of silver, worth about $7.86 today, which was used to operate the Beis HaMikdash and which rendered the animals purchased with these funds truly communal sacrifices.  This required gift had an unusual condition:

The more our benefit is anonymous, cloaked by our device, the less we feel obligated to contribute or show appreciation for the value added to our lives.  It is easy to X out of the appeal and move on to the website, there is no shame, no embarrassment. But that doesn’t make it right.

In Judaism, gratitude is not a debt we pay, it isn’t simply a means of making the one who gave us whole.  Gratitude isn’t just for the recipient; it is for the one who gives it to express humility and a recognition of being dependent on one another.  Moshe was not allowed to strike the Nile, an inanimate river, because he needed to show appreciation, even if the Nile wouldn’t have missed it had he not.

Last week, Yocheved and I received a gift basket delivered to our home with a beautiful note.  It was from a couple we set up who were celebrating their 20th wedding anniversary and wanted to acknowledge our role in their introduction.  They have said thank you many times, we didn’t expect or need anything.  (Frankly, I had no idea it was their anniversary.)

Have we thanked those who contributed to the lives we are blessed to live? Imagine if our kindergarten teacher got a note from us, decades later, thanking her for nurturing us with love. Imagine if our high school principal, our childhood pediatrician, our housekeeper growing up who cleaned our room, out of the blue got a gesture of gratitude showing that we cared enough to track them down and say thank you after all of these years. Did we express enough appreciation to the person who set us up with our spouse, gave us our first job, safely delivered our children?

In 1943, Eric Schwam arrived in Le Chambon-sur-Lignon, in southeast France, with his parents and a grandmother.  During the Holocaust, a pastor of this town and his wife led calls to protect Jewish refugees from the occupying Nazis.  The village became a center of resistance and ordinary residents took in and hid those who fled, including Schwam and his family.

Last month, Schwam passed away at 90 years old.  The town’s mayor revealed that he left the town that had saved him $2.4 million dollars.  One of the town’s workers said, "He was a very discreet gentleman and he didn't want a lot of publicity about his gesture."

Seventy-eight years later, with no obligation or responsibility, Eric Schwam showed gratitude, not just with words but with resources.  He didn’t do so for honor, fame or attention, he didn’t do it because he was asked to, he did it because he felt it was the right thing to do.

We are tremendously grateful to all those who have already given to our campaign.  We remain hopeful that others who benefit from BRS will yet contribute.  Either way, I am grateful for what this campaign has taught me, not about others, but about myself.

(If you enjoyed this article, I invite you to show it at brsonline.org/global.  Thank you in advance!)