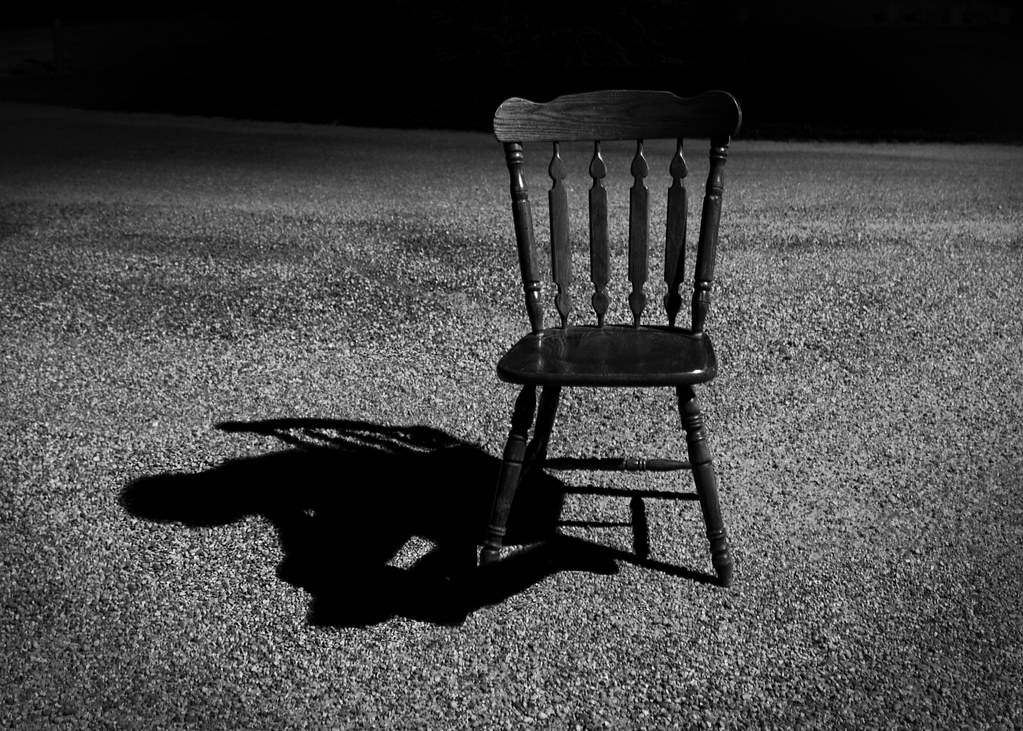 Recently, President Trump formally declared the nationwide opioid drug problem a public health emergency.  Substance abuse is a growing epidemic that doesn’t discriminate based on religion, economic class, gender, or ethnicity.  As we have come to learn all too well, the frum community is not immune, either.

Experts will all tell you that drug and alcohol addiction are not about the substance, but rather, about what pain the users are trying to escape, what hole in their hearts they are trying to fill, or what aspect of their lives they desperately want to be numb to.  A young man I know recently wrote me a letter describing his experience with drugs and how he was using them to deny and escape his actual problem, the depression that was suffocating him.  “For months during that year I would go to sleep every night hoping and praying I simply wouldn’t wake up the next morning, and every morning I would open my eyes and feel the crushing disappointment of having to endure another day. Modeh Ani seemed to be mocking me.”

In the five years between 2010 and 2015, the number of teens in America struggling with depression surged to a shocking 33 percent. Teen suicide attempts increased by 23 percent.  While these numbers are dramatically lower in the Jewish community, they are still way too high and only growing.  A recent paper published in Clinical Psychological Science correlates the increased mental health issues among young people with the rise of smart phones and use of social media. It turns out that being hyper-connected generates feelings of loneliness and insignificance.

In recent, separate conversations with several young people struggling with depression, similar themes and language emerged.  They all shared feeling invisible, inconsequential, that they don’t know why they are here and that the world would be no different if they were gone.  While such thoughts are obviously unhealthy and demand attention, intense therapy, and often medication,  they also provide an insight into both what we can do to identify the population most at risk, to show support for those currently suffering, and to help those who have struggled from relapsing.

Last year, on a tour of the Library of Congress, I commented to our guide that a book we were looking at was rare.  She stopped me and said, “That book is not rare, it is unique, one of a kind.” That comment immediately got me thinking, not so much about the book, but about all of us.  So many people are struggling to find their place in the world, their value or worth.  Too many people feel irrelevant or insignificant.  We all need to know, believe and most importantly feel, that not only are we not just rare, we are one of a kind, and irreplaceable.  We each have a unique mission and distinctive purpose in this world that cannot be accomplished or achieved by anyone else.  We are each a tzelem Elokim, a distinct and special expression of the Ribbono Shel Olam in this world.  We need to know and truly believe it about ourselves, and we need to instill that message in those around us.

Not only is Modeh Ani not mocking us, it is the formula to start each and every day with a jolt of chizuk.  We end Modeh Ani with the words, rabba emunasecha, Hashem, your faith in us is great.  This phrase appears strange: we are the ones who are supposed to have faith in Hashem, why are we referencing His faith in us?  The Ribono Shel Olam prescribed these words so that we begin each day with the recognition that if we woke up this morning, if our “contract” has been renewed another day, that means Hashem continues to have faith in us, that we have a role to play in His world and that we have a personal mission to achieve.

Communicating each person’s individual worth and value must be a fundamental goal of education and is a core responsibility of parents and mechanchim.  The Piaseczno Rebbe, Rav Kalonymus Kalman Shapira, in his introduction to Chovas HaTalmidim, defines this as the essence of chinuch, education.  Based on a Rashi (Bereishis 14:14), he writes:

Chinuch is the initiation of a person or object into the trade or art for which it is destined, as in the education of a youth, the dedication of the altar or inauguration of a house.  The term chinuch is appropriate when referring to an innate talent that a person has for a certain art, or when describing the preparation of a house or object for use.  It is a special word with specific definition, and it is used to describe the realization of latent potential inherent in a person or object. If we fail to actualize that potential, it will remain concealed forever.  Our mission is to be mechanech, to educate the person so that he will become an accomplished craftsman; to prepare the house so that each room fulfills its intended purpose; or to prepare the instrument so that it performs the function for which it was designed.

The great artist Michelangelo put it well when he described his process of sculpting: “In every block of marble I see a statue as plain as though it stood before me, shaped and perfect in attitude and in action.  I have only to hew away the rough walls that imprison the lovely apparition to reveal it to the other eyes as mine see it.”

According to the Piaseczno Rebbe, the mission of each teacher and every parent is to stand before the child, see the potential in him and chip away until that potential and uniqueness is fully realized and visible to all, most of all the child himself.  Instilling a sense of worth and value within a child begins with knowing the child, and that takes time and an emotional investment.

Several years ago, an educator from Israel met with me to share his vision for creating a yeshiva that integrated a love of music with learning Torah.  He described that some connect to Hashem through music and that passion could be leveraged to grow in Torah.  His yeshiva would include time to practice and play music as a means of religious expression and would study Torah texts that focus on music.  He went around the United States meeting with educators about the idea and what he found disappointed him terribly.

When he asked them if they had students in their shiur or class who love music, he got blank stares and responses like, “I don’t know, possibly.”  For those passionate about the instrument they play or the music they listen to, it is a big part of their life and their individuality.  The Israeli educator asked me indignantly, how could people possibly be effective rebbeim or teachers and not even know such a basic fact about their students?

David Blazar, an assistant professor of education policy and economics at the University of Maryland, recently completed a study looking at the correlation between teachers’ focus on students’ confidence and well-being and their test grades.  "Many, including myself, see students' social and emotional development as a central goal of teachers' and students' work," he wrote. "Yet, accountability systems that focus predominately or exclusively on student achievement send a message that the skills captured on these tests are the ones that policymakers want students to have when they leave school."

Blazar concluded that we need to broaden what it means to be a successful student.  Schools should measure teachers not only by their effectiveness at elevating students’ grades, but by imbuing them with confidence, happiness, and well-being.

What is true in school or yeshiva is even more true at home.  We must not communicate that our children’s worth or value is exclusively determined by their grades or how many blatt gemara they know.  They need to know they matter, they make a difference and they have a mission to achieve.  When children come home, don’t ask them how they did on their test or bechina.  Ask instead, “Did you do something nice for someone else; did you make a difference in someone else’s life today?  Did you matter?”

The young man who wrote me the letter (and gave permission to share) about his drug abuse described the multiple times he thought about taking his own life while away in yeshiva. When he finally confided in his father how he felt, he was met not with judgment or rejection, but with love and support.  He was diagnosed with clinical depression and after beginning a regimen of medicine and therapy, he concluded the letter by saying, “I really never felt better. I write this now as I start a new chapter of my life, one of honesty not of farces. Of truth not lies. Of sobriety, not drug dependence. I write this free of the burden of pretending to be something I’m not.”

Since confronting these issues and understanding them a little better, not only have I tried to act more compassionately and empathically to those in crisis, but it has changed the way I relate to everyone. The fact that these maladies are invisible means we must never assume we know everything going on in someone’s life or what motivates his or her behavior.  Ian Maclaren, the 19th C. Scottish author once said, “Be kind for everyone you meet is fighting a battle you know nothing about.”  Cut others slack; give people the benefit of the doubt.

When someone you know is acting differently or unusual, don’t judge them or jump to assumptions about them.  Pirkei Avos (2:4) quotes Hillel who said: “Do not judge another until you have stood in his place.” Since it is impossible to stand in another person’s place, to be them, to have their baggage or to live their struggles, we can never judge another. Instead, we should be kind, sensitive, supportive and understanding.

Rav Samson Raphael Hirsch explains the etymology of the name Chanukah derives from the same root as the word chinuch, to educate.  Explains Rav Hirsch, it used to be customary to spend time on Chanukah discussing, strategizing and recommitting to the importance of chinuch, of educating and inspiring our children.

The basic mitzvah of chanuka is ner ish u’beiso, the head of the household lights one candle and fulfills the mitzvah for his wife and children.  But, the Gemara continues, it is mehadrin, more proper, for ner l’chol echad v’echad, each person of the house to light their own menorah.

Rav Hirsch suggests that we can concern ourselves with ner ish u’beiso, lighting the fire in our heart, inspiring ourselves and making sure we are warm.  The proper thing to do, however, the enhanced way to live life, is to make sure each person in our home recognizes they are an individual flame, they can burn bright, and that they, too, have a special and unique role in illuminating the darkness.

There is nothing as gratifying and inspiring as being true to ourselves, pursuing our mission in life, and ridding ourselves of the burden of pretending to be something we are not.  With love, affection, support, and a regular affirmation of the emunah that both we and Hashem have in our children, we can stem the tide of these crises and help ensure the health and wellbeing of the generations to come.